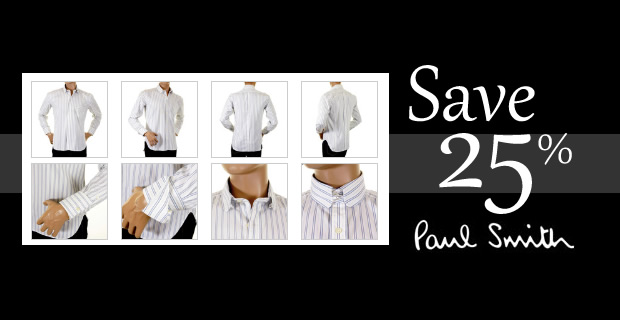 New Year Special – Save 25% off Paul Smith Clothing and Accessories at Togged.com – Take a butchers here >

Including this sharp Paul Smith Shirt: 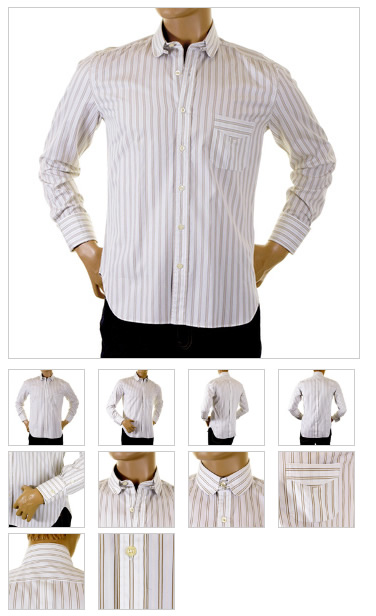 There’s been plenty of Paul Smith chatter on the Kitmeout forum over the years, including this: Paul Smith, Fashion Rules. 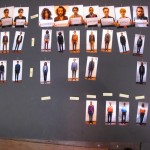 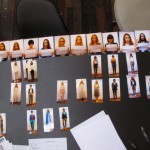 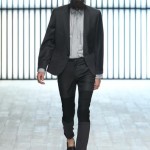 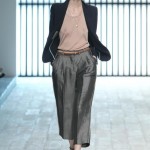 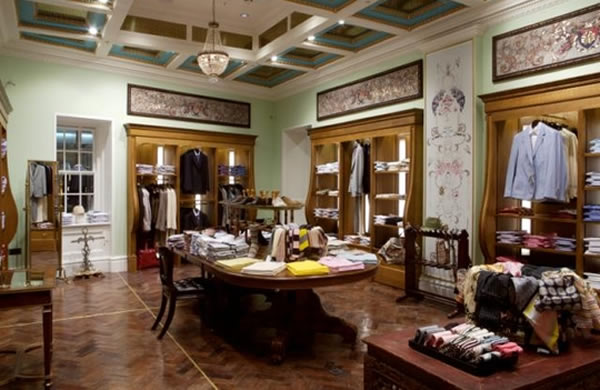 Paul Smith Globe is pleased to announce forthcoming exhibition ‘The Dragon’s Backbone’, a collection of work by photographer Benjamin Eagle. 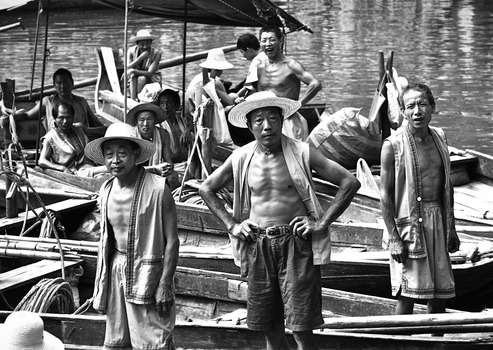 Benjamin began documenting his life, travels and experiences, through photography creating a photographic diary from a young age. Setting out to document the cultures and lifestyles of people from around the world, Benjamin developed a unique and diverse ability of capturing the essence from any situation he encountered.

The resulting images are rich with shapely silhouettes that express the dynamic texture and depth of the subjects.

London-based Benjamin Eagle was born in Ascot in 1984 and raised in Oxford.

‘The Dragon’s Backbone’
by Benjamin Eagle 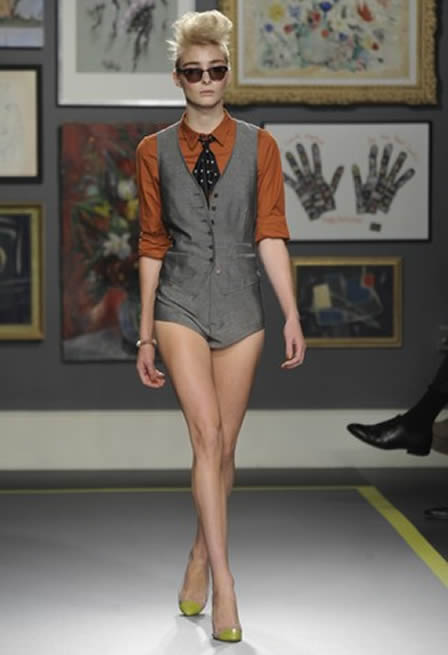 “I wanted timeless clothes, ones that you could add to your wardrobe, pieces you’ve maybe borrowed from your brother, boyfriend or husband,” said Smith after his show of sensible boy-meets-girl looks. Smith has built a lucrative business on tailoring with a twist, and he strutted his stuff for spring with a series of trouser suits in iridescent green or red lightweight wool — some with a flash of polka-dot fabric around the ankles. 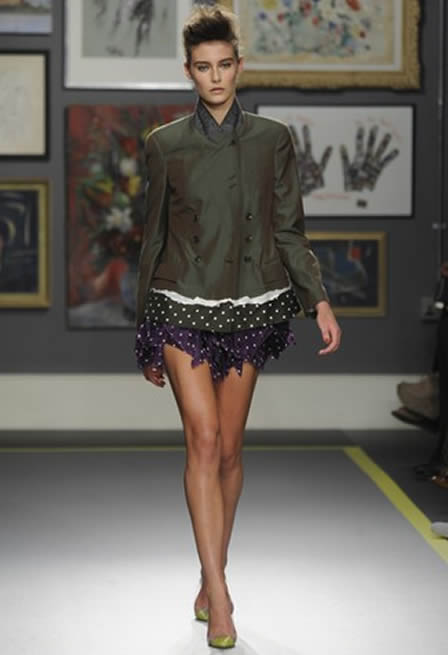 He jazzed up formfitting wool shifts with panels of rose-printed silk at the back, and sewed more of that same flowered fabric into the lining of gray suit jackets. 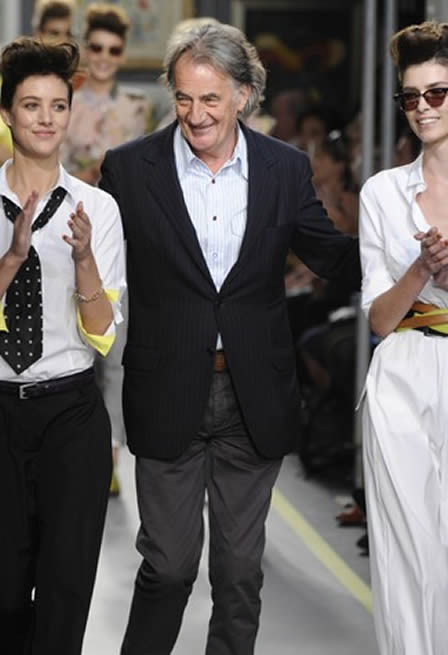 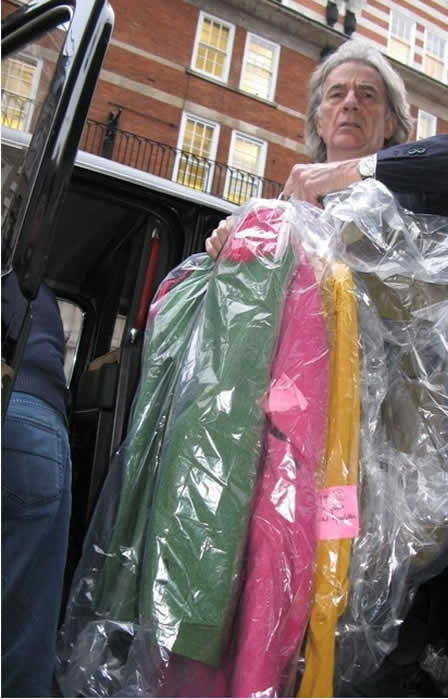 The Collection was classic Paul Smith, luxurious striped cashmere and Fair Isle knits were teamed up with feathered Fedora hats for a country look whilst tailoring had a military theme. Jackets braced the catwalk in khaki’s and beautiful bright pinks and yellows.

“Another show has come and gone. Backstage, as usual, everything went smoothly and it was very calm. I have to say this is the one comment I get every year regarding my show from the models, dressers, photographers etc; everything is always very relaxed. Today we will wait to see what the press thought about it. Who knows? Oh, Vogue.com has just come through and it is really good…phew!!

The show was very British using lots of fabrics that we are familiar with; Harris tweed, pinstripe, flannel mixed with Scottish Fairisle patterns and my popular stripes plus rose print in faded pinks and khaki’s. I included a big section of khaki colours with hint of military. The make up for the girls was very matt with lips painted in a deep burgundy colour and the hair was a very soft chignon, clean and healthy and sometimes wispy around the face. Six months work and a 10 minute show but that’s what it’s all about – simple, to the point, no theatre!”

Smithy is such a fluffy geezer underneath. 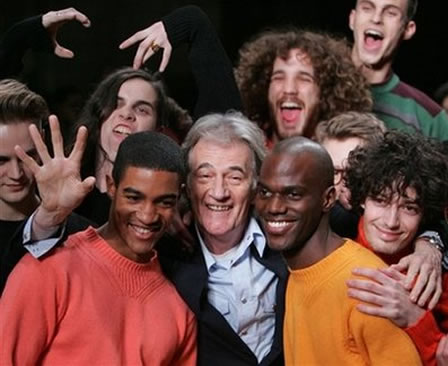 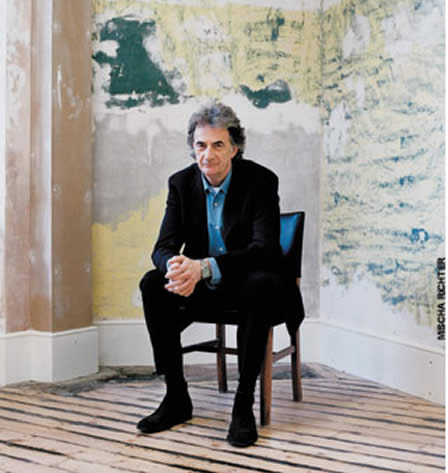 1.
One of the biggest mistakes men make is wearing T-shirts. I understand why youâ€™d want to wear them, especially if youâ€™re a single man. Thereâ€™s no ironing. But most guys need to have a collar around their neck for height.
2.
If youâ€™re in doubt about how to wear your hair, get a non-haircut: a relatively short, nondescript one. If you try for stylish hair, you can make horrible mistakes.
3.
Women should always be entertained. My wife hates it when men at a dinner party lean in front of her or behind her and have a conversation as if she doesnâ€™t exist.
4.
If youâ€™re going to a formal event, you have to dress correctly. But if you get there and realize people arenâ€™t wearing bow ties, you can put yours in your pocket.
5.
On a young guy, two days of not shaving looks very cool. But as you get older, it looks like youâ€™re trying too hard, especially when youâ€™re going gray. A proper beard is fine.
6.
In London, weâ€™re not so passionate about how we look, as opposed to the Italians, who are very self-conscious. Weâ€™re not stylish dressers, but weâ€™re good on ideas and on freethinking.
7.
You can learn from people who dress in an interesting way, like Daniel Day-Lewis. You can see him on his motorbike in jeans, a checked shirt, and a leather jacket. And other times heâ€™ll have on a custom-made Scottish-plaid suit.
8.
Generally speaking, I wear a suit every day, because my suits are custom-made. They are comfortable. They move with me.
9.
I donâ€™t have a BlackBerry. I carry a notepad and a pencilâ€”and I donâ€™t use a mobile. Iâ€™ve reluctantly moved to a digital camera, but only because they make them so nice and small now that they donâ€™t spoil the line of your suit.
10.
Iâ€™m very happy if a man smells like himself. But if he does wear a scent, it shouldnâ€™t be too attention seeking. The people on the other side of the office shouldnâ€™t be able to smell you. 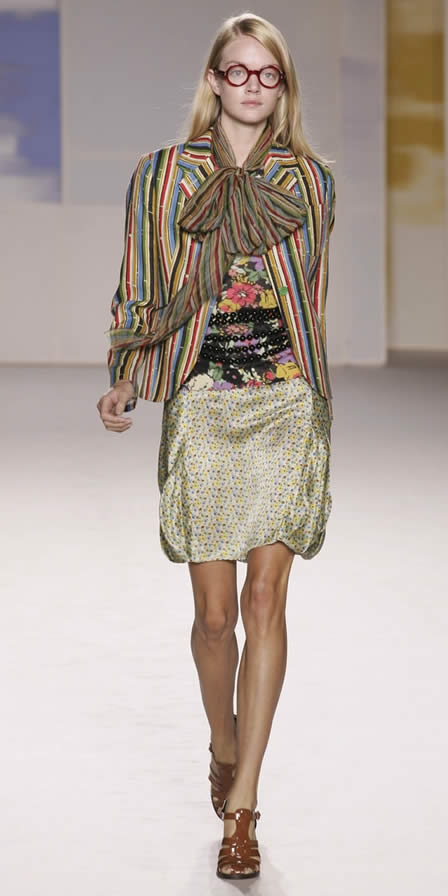 1950’s Couture was the major theme to the show with flattering silhouettes, fitted pencil coats, cinched-in waists and cropped jackets all evident.

Prints are inspired by bold Fifties imagery in vivid colours, a quirky people print and wide stripe are both strong and reminiscent of the era.

Fabrics are all about glamour, femininity and elegance. Silks come in taffetas, moire and organza in order to carry the structured dresses and enhance the hourglass silhouette. Whilst heavy couture coating, milano jersey and boucles add volume to full skirts and coats.

Paul Smith is pleased to announce the opening of his first shop in Leeds, situated in the North of England. Located in the historic Victorian Quarter, the shop will stock all the main Menâ€™s and Womenâ€™s collections throughout its three floors.

â€œLeeds is a special place to me because all my first tailoring was made there by a factory called Atkinson Rhodes, which sadly no longer exists. Leeds as a city was so much the heart of the textile and manufacturing industry, I am pleased to have a shop there especially in the historic Victorian Quarter. The shop will house an eclectic mix; clothes, objects, gifts and collectibles.â€ Paul Smith, 2007 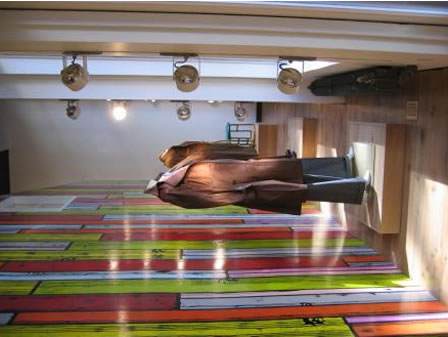 “For the first time in New York we have together in one space all Paul Smith collections, which include the three for women, and the various collections for men, plus objects, some furniture, and a great book shop. The design of the shop is based on a selection of rooms respecting one of the former occupantsâ€™ fantastic history for showing art (Pace Gallery). The first thing you see is a piece by British artist Richard Woods and that’s all I am going to tell you at the moment, because you should visit the shopâ€¦ it’s full of surprises.” Paul Smith.