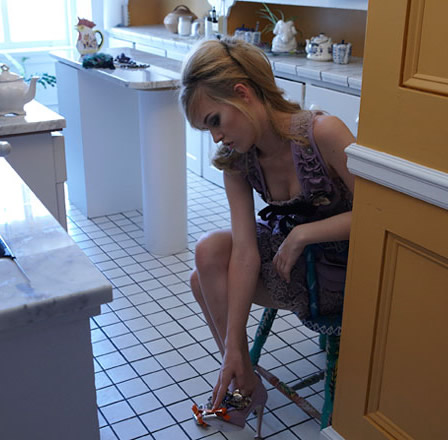 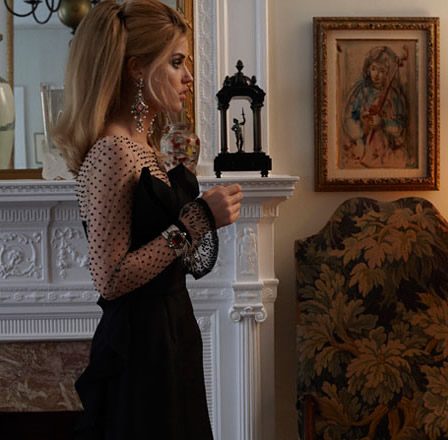 The youngest daughter of Jerry Hall and Mick Jagger and sister of Lizzy Jagger. Only 5’7″, Georgia nonetheless is already enchanting the fashion crowd. 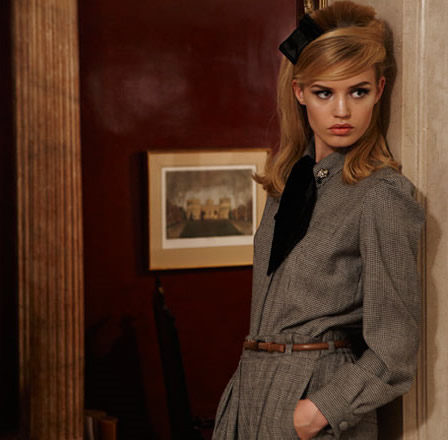 Hedi Slimane and Georgia May Jagger first met in 2007 at Fourchette, Mick Jagger’s French residence. Hedi photographed her then, capturing her youthful glamour and elegance.

Three years would pass before the two will reconnect. This time, it was in New York. Under the auspices of Harper’s Bazaar, Hedi filmed Georgia May Jagger last September in black and white and thus evoking the glamorous heritage of Georgia May Jagger, the legacy of her parents – Mick Jagger and Jerry Hall.

The music is by the British band, Egyptian Hip Hop which Hedi introduced last July in his Rock Diary.

The band is precisely Georgia’s age and generation. The entire EEH song has been on Noise, (playlist on HediSlimane.com) since July.

Georgia May Jagger, who’s been the face of Hudson Jeans for two seasons, appears in a very sexy, very underwear-less new video for the label, titled “Lips.” The ad spends the majority of its airtime zoomed in on Jagger’s electric-red mouth, which, to be fair, is pretty fascinating. First of all, there’s her lipstick — a glossy, orange-y scarlet hue that refuses to budge despite extensive pouting and cigarette-sucking. Then there’s the slight gap in her bright-white teeth: Braces may be optional, but tooth bleaching is not (nor, apparently, is mascara — clumps be damned). And finally, she mouths some words! Is it a secret? Not quite “I love you,” but it looks close … oh wait, she’s saying, “Hello Mario” to the video’s director, Mario Sorrenti. Well, if you were hoping for something more scandalous, you can satisfy yourself with the part where Jagger and shirtless male model Josh Beech breathe heavily all over each other, or when Jagger very slowly unzips her fly to reveal … nothing.