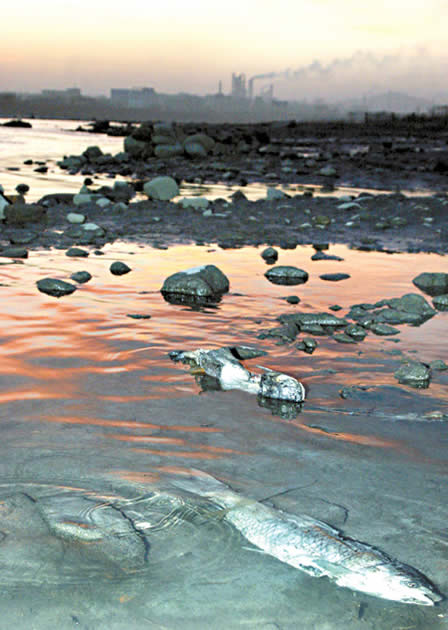 A factory that makes jeans for Gap and Levi Strauss is illegally dumping chemical waste in a river and two unsecured tips where it poses a hazard to children. The scandal was uncovered by a Sunday Times investigation into pollution caused by a plant in Lesotho, southern Africa, which supplies denim to the two companies.

Dark blue effluent from the factory of Nien Hsing, a Taiwanese firm, was pouring into a river from which people draw water for cooking and bathing.The firm was also dumping needles, razors and harmful chemicals such as caustic soda at municipal dumps that have attracted child rag-pickers as young as five in search of cloth fragments to sell for fuel. Many of the children, who work for up to 10 hours a day, complain of breathing difficulties, weeping eyes and rashes.