We all remember the Fred Perry Polo Shirt – World Cup Edition for 2010. Take a butchers at the original thread on the Kitmeout Fashion Forum >

The question being bounced around now is whether Fred Perry will do something similar for 2014? 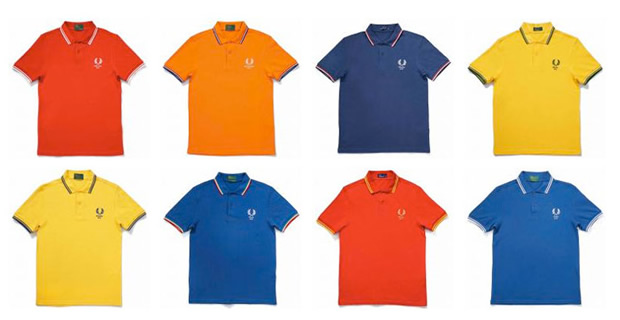 What other fashion brands are knocking out World Cup fever gear? Red Monkey have the World Cup jeans: 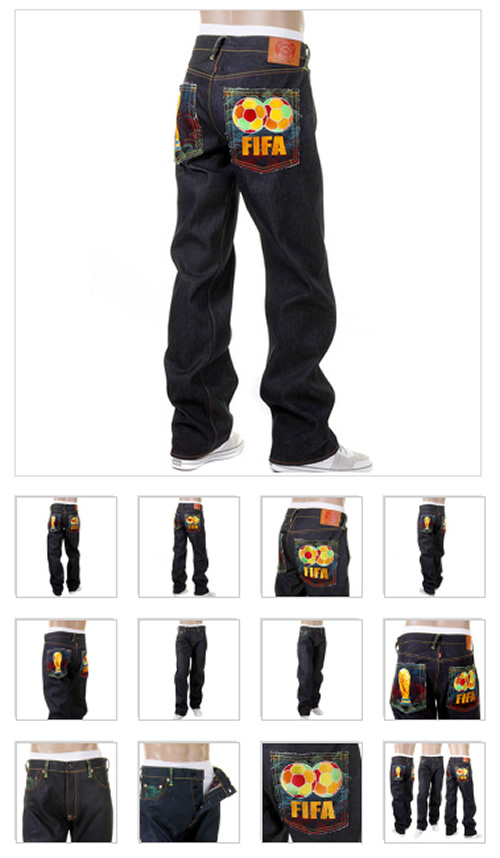 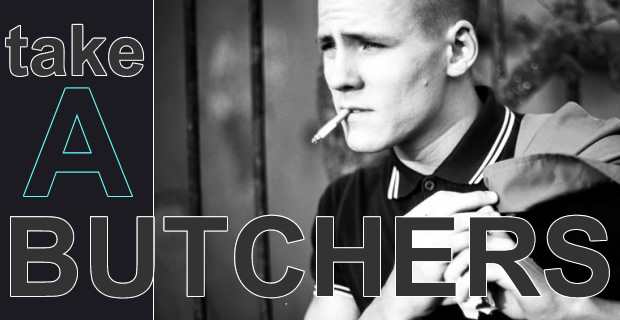 With nearly 8k views Fred Perry grabs the interest on Kitmeout. Worth a butchers HERE.

The iconic brand which synonymous with English sporting elegance.

Fred Perry is the only brand that’s consistently been sought out by youth subculture after youth subculture from the 1950s right up to today. Fred Perry has updated the attitude and styling of two key musical movements: the mid-60s guitar bands, and the post-punk scene of the early-80s. These periods shared a similar sharp, slimmed down silhouette including small collars, narrow ties, and slim, flat-front trousers.

The collections main influence is the look and silhouette of the sixties, a decade dominated by youth when British subcultures influenced the world’s fashion and music industry.

Frederick Perry, was born in Stockport in 1909 but moved down South while he was still at school and fell in love with table tennis. He practiced his ping pong every night, eventually becoming world champion at the tender age of 18. He then promptly retired from the game and got busy with his latest obsession, lawn tennis.

Unfortunately his style did not go down too well with the snobbish tennis heirarchy. His habit of changing his clothes mid-game to stay looking fresh, leaping over the net at the end of each match and dating a string of actresses and models caused major problems for this working class playboy. They were especially displeased when he went on to win Wimbledon three times in a row.

After the third victory he decided to move to America and become a pro at the Beverley Hills Tennis Club, giving lessons to Charlie Chaplin, David Niven, Errol Flynn and the Marx Brothers whilst establishing himself on the Hollywood party circuit.

In the late 40s Fred was approached by Tibby Wegner, an Austrian footballer who had invented a novel anti-perspirant device worn around the wrist. Fred made a few changes and the sweatband was born.

Tibby’s next idea was to produce a sports shirt which was to be made from white knitted cotton pique with short sleeves and buttons down the front. Launched at Wimbledon in 1952, the Fred Perry polo shirt was an immediate success.

It was only available in white until the late 50s when unwittingly, the company had also produced the perfect accompaniment to the fledgling Mod movement whose were quick to pick up on the shirt’s suitability for their nocturnal activities. It was stylish, top button fastened under an SB3 or mohair suit, and durable enough to wear all night and still look fresh in the morning. It was the shirt of choice for diverse groups of lads throughout the 60s and 70s, ranging from the skinheads to the Northern Soul scene and Manchester’s very own “Perry Boys”.

Soon, after pressure from its streetwear fans, the company was receiving requests from stockists to add tipping to the collars and sleeves. The Fred Perry shirt instantly became the first crossover brand from sportswear to streetwear.

It started one of the most enduring and affectionate relationships between British youth culture and a sportswear brand. As British street fashion and music influenced the rest of the world, the Fred Perry shirt was noticed, adopted and worn in numerous countries around the globe.

The laurel logo (based on the old Wimbledon symbol) was stitched into the fabric of the shirt instead of merely ironed on (as was the case with the crocodile logo of the competing Lacoste brand).
One thing remains constant. The original slim fit cotton piqué shirt is still made in England to the same shape, using the same fabric as it was when the Fred Perry shirt was first launched, way back in 1952.

When, in the 1990s, British street fashion turned against the giant designer labels and sought something with far more substance and heritage, it was the Fred Perry shirt they turned to. The label represented something of depth and quality within the new sound-bite superficial world that other labels had tried to create. 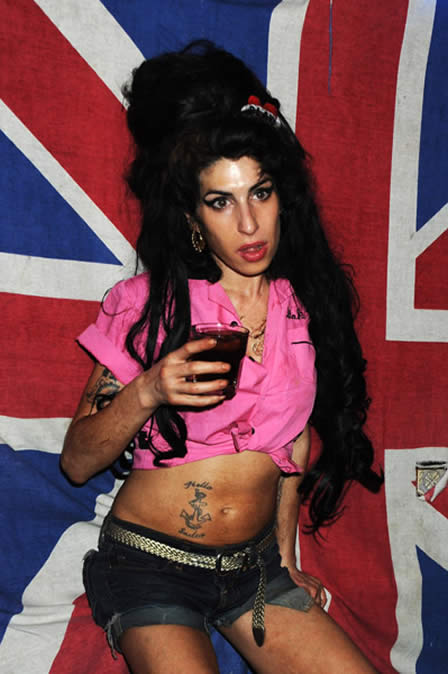 Amy Winehouse is to launch a clothing collection in collaboration with Fred Perry. Set to launch for Autumn 2010, Richard Martin, Fred Perry’s Marketing Director, told WWD: “Amy has been wearing Fred Perry for years, so we were aware she was a genuine fan of the brand. Amy has a unique sense of style that reflects the brand’s own historical reference points.”

Started 58 years ago as a sportswear collection by tennis icon Fred Perry, the company also has a history of aligning with music stars — such as Paul Weller and Damon Albarn — which has helped grow the label into a more mainstream, musician-favored streetwear brand. And the cheeky-retro look of Winehouse’s line is a style Winehouse herself worked to attention-grabbing effect when she was hitting the red carpet frequently two years ago.

In a palette of mostly black and pink, the 17-piece collection includes a girlish twinset; slim, thigh-skimming pencil skirts; capri pants, a mini bowling dress, and Fred Perry’s signature polo shirts. The collection will continue over four seasons and be sold in Fred Perry Authentic boutiques.

DON’T YOU JUST FEEL SO PROUD TO BE BRITISH!