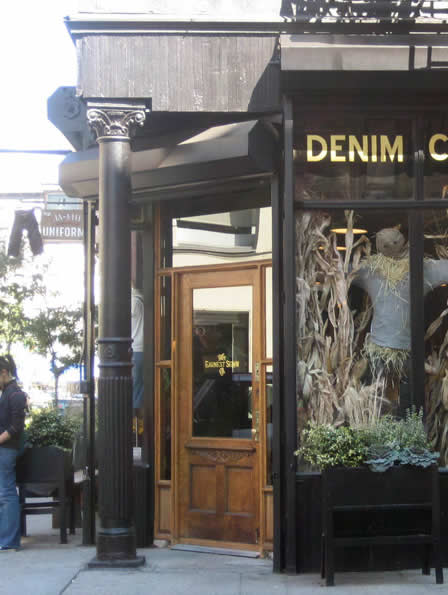 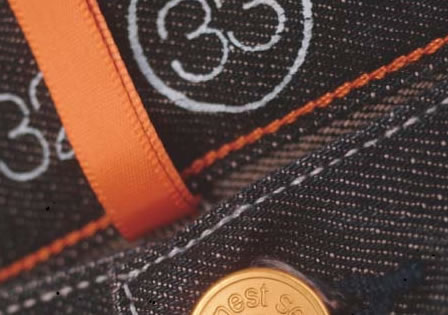 “Earnest Sewn, by definition, is a denim brand which pays homage to its Americana past and mixes, for perhaps the first time, traditional denim worktheyar with the ancient Japanese style aesthetic, Wabi-Sabi. Designed by Scott Morrison, formerly the designer/co-founder of Paper Denim & Cloth.

Focusing on each individual jean and the numerous amounts of processing, hand application, and refinishing techniques used to create an Earnest Sewn jean, they take things even further by intentionally incorporating imperfection and inconsistency into key design and sewing details. This is exhibited in irregularities such as stitch detailing, needlework, sewing construction, trims, thread variation, and our ever changing â€˜e & sâ€™ back pocket stitching.

Although several themes are referenced throughout the collection, the most significant reference is in Earnest Sewnâ€™s adoption of the Japanese aesthetic system of traditional beauty, Wabi-Sabi. At its core, Wabi-Sabi is the beauty of all things imperfect, impermanent and incomplete. The idea that perfection can be found in the imperfect is not a new thought, in fact itâ€™s thousands of years old, but when combined with distinctly American products such as jeans, worktheyar, and sportstheyar, the result is fresh and unexpected.

Those fortunate enough to find a pair of Earnest Sewn in their local retailer will have found a line of denim and denim related products that reflect an unprecedented commitment to quality and individual style. Theyâ€™ll also find an unwavering appreciation for denim and the fading mystique of American ingenuity and craftsmanship. Each piece of Earnest Sewn is handcrafted to perfection, the end result, an obvious byproduct of our obsession. 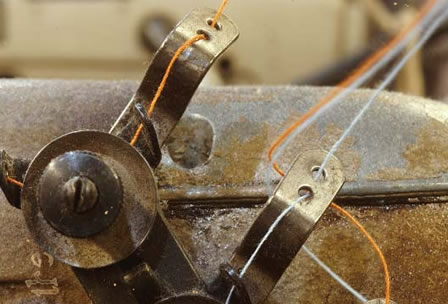 Helios House, BP’s eco-friendly gas station in Los Angeles, have kitted their petrol pump attendants out with Earnest Sewn jeans. BP label Helios House as “a green experiment at the pump.” and is set to lead the way into a more environmentally responsible future.

Earnest Sewn have clearly discerned the importance of environmentally and ethically responsible fashion and this is an intelligent move on their part. Earnest Sewn is a denim brand that sets itself apart by updating the American heritage lifestyle and offering a uncompromising collection of denim and denim related products that reflect an unprecedented commitment to quality and workmanship. Designed and launched by Scott Morrison, the Earnest Sewn design principle is literally translated as â€˜product sewn in earnestâ€™. In staying true to this ageing value system, we incorporate ingenuity, integrity, detail and authenticity in every item we make. The production of each garment is typically overseen by three people, and they monitor the garmentâ€™s progress from start to finish, at every stage: design, sourcing, cutting, manufacturing, dry processing, wet processing, trim, inspection, packaging and ultimately, shipping.