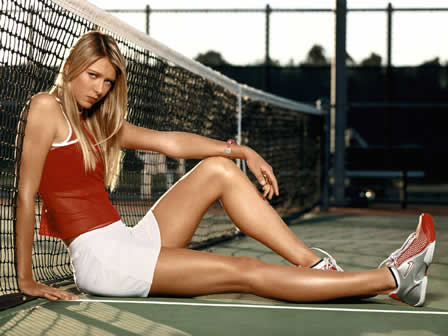 Cole Haan, a wholly-owned subsidiary of NIKE, Inc., today announced Maria Sharapova as a lead collaborator and the face of Cole Haan Sporting, a new collection for Spring 2009, rooted in sport and remixed with fashion.

Cole Haan Sporting stakes out fresh territory with a new, dynamic pairing of Cole Haan’s authentic craftsmanship and Nike’s sports innovation. The collection introduces new technologies like Flywire which build on the successful Nike Air franchise by recasting them into fashion-forward designs.

Maria Sharapova, 21, is a triple Grand Slam winner who has a longstanding passion for style. She will step into the role of collaborator for the Fall 2009 season.

“Cole Haan Sporting proves that fashion and technology can work together to change the way women think about and wear sport-inspired product,” said Sharapova. “I look forward to working with Cole Haan to bring new innovations to this leading fashion brand with such a rich history.”

This new collection will continue to showcase Nike Air, an innovation that has enabled Cole Haan to redefine luxurious style and comfort. Outside, the styles are pure Cole Haan, luxurious and fashion-forward; inside, they share Nike’s innovative technology that debuted in Beijing.

The accessory collection encompasses a range of silhouettes from a tennis racquet bag to a versatile duffle. Continuing to weave style with innovation, the accessories will be created from recycled plastic bottles and will be trimmed in vegetable chrome-free leather. Cole Haan Sporting will be sold at Cole Haan boutiques worldwide, luxury department stores and on colehaan.com. Price points range from $115 to $200 (footwear) and $225 to $550 (accessories).