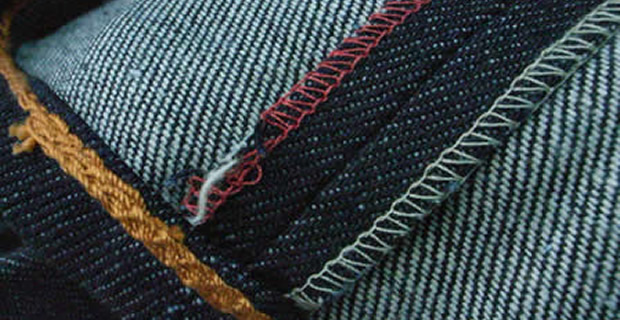 Here’s a discussion about selvedge jeans. Below is a snippet by Adero and the whole thread is here, take a butchers!

third:turnups with selvedge is just SO much nicer compared to wearing jeans with turnups exposing the split seam with zig zag stitching.
I WOULD NEVER-I REPEAT- NEVER wear turnups without selvedge.

CASSIDON: I don’t agree but do say that it is harder to make a jean using selvedge with-say- a bootcut. The actual flare will only end up on the inside of the leg.
But they do exist so it is not a major problem really.
It is a lot more straight (badaboom) forward to make a straight leg.
Perhaps that is what you mean with unflattering?

Also it would be impossible to have selvedge in both seams unless you do not want a jean with the exact same width around the thigh/crotch area as down at the ancle….
THAT -I say-would (probably, who knows…after all there’s no rules in fashion) be unflattering!!!”