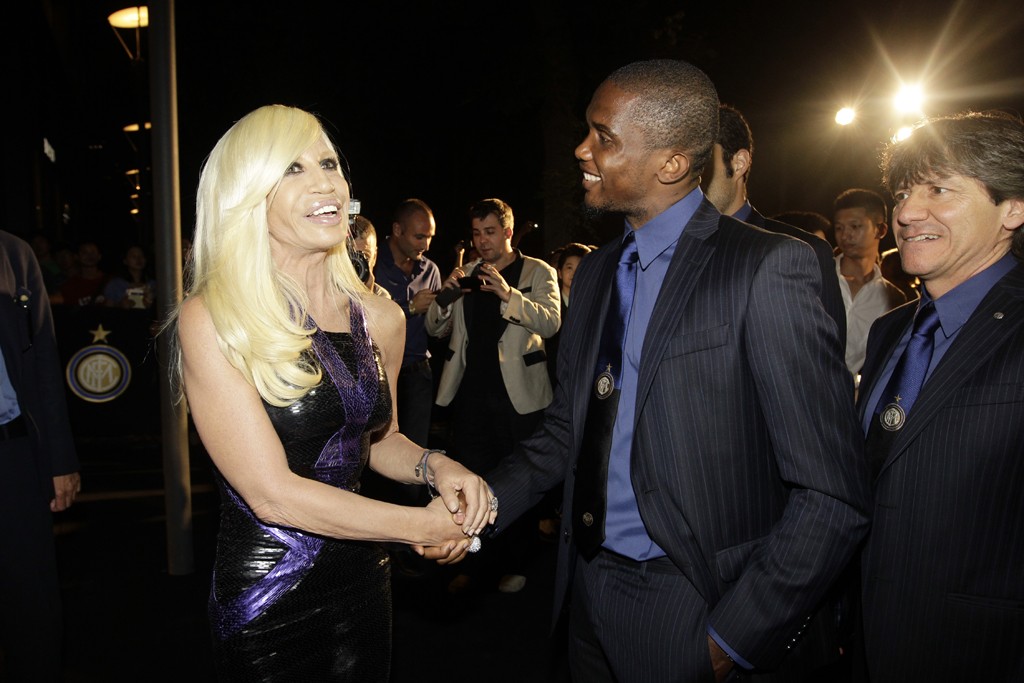 Inter Milan versus AC Milan on the fashion floor! Inter go for Versace and Milan for Dolce & Gabbana.

Donatella Versace hosted a cocktail party for 800 people on Wednesday night at the Sanlitun Village mall housing Versace’s Beijing flagship Shop. Ms Versace, togged in a shimmery skintight dress, had a chat with footballers including Luis Figo, Giampaolo Pazzini and Samuel Eto’o togged in pinstriped suits as well as shirts and ties in monochromatic blue.

“I’m very excited about dressing my favorite football team (Inter Milan),” Versace said. “First of all, they’re not built like regular men, so you have to think of the shape of the suits.” 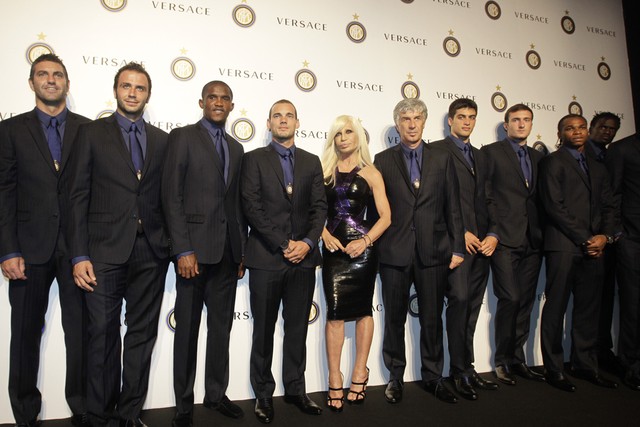 Meanwhile, Dolce & Gabbana, which is a sponsor of AC Milan, is holding its own in-store cocktail party in Beijing today to present a book called “Milan Fashion Soccer Players Portraits,” filled with black-and-white portraits of the players taken by photographer Marco Falcetta. Although the designers aren’t making the trip to China, the players are expected to put in an appearance.

“I always enjoy it here in Beijing,” chirped Donatella. “The Chinese are becoming more and more fashionable all the time.”

“For us, China is the most optimistic place,” she said. “We absolutely see amazing growth here.” (bet you do but try dropping the patronising tone if you looking for long-term success). 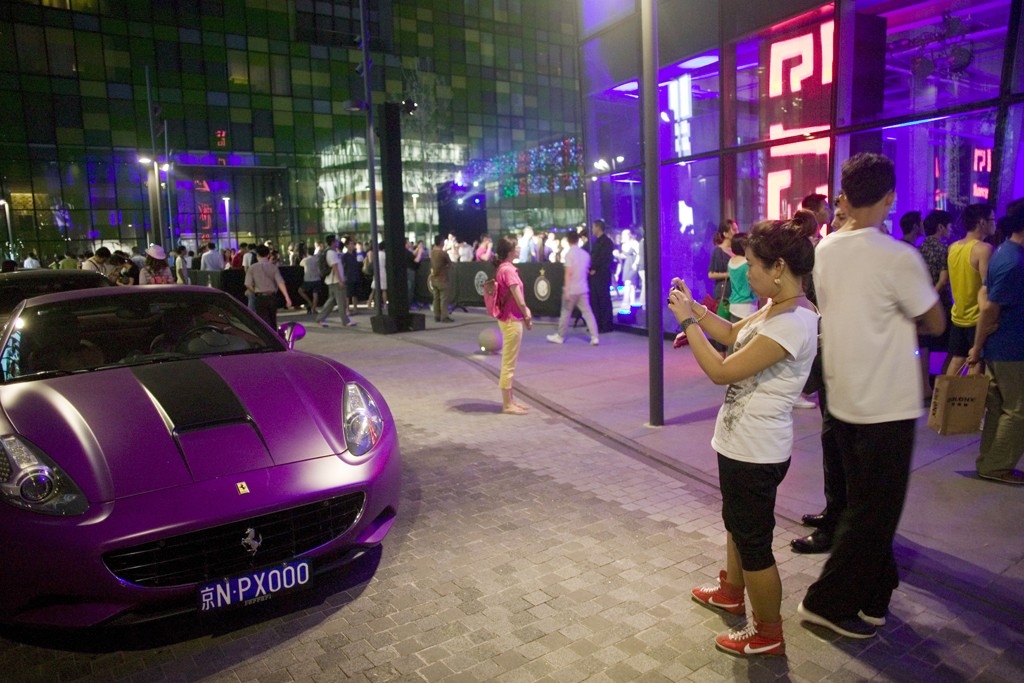 After thought, which designer brands would West Ham United versus Millwall go for?