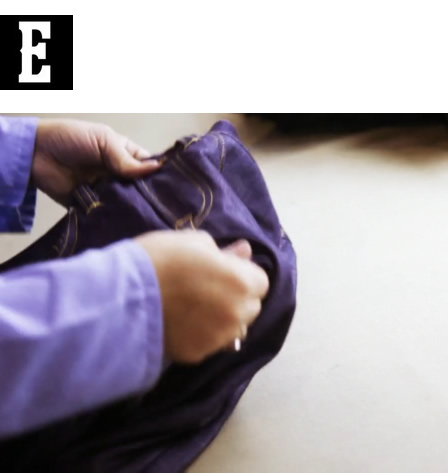 Edwin Japan can trace its roots back to the 1950s. However, it’s generally accepted the brand started in 1961. The name “EDWIN” comes from playing with the 5 letters of “DENIM” Reversing the DE to ED and then reversing the NIM to MIN and then flipping the M to make a W: EDWIN!

“1970
In 1970 more American WORK WEAR clothes are being made. A very important model, the OVERALL becomes a trend.

1972
The STRONG JEANS are being made which encourage the HIPPIES. A new folk fashion is born with the PATCHWORK by EDWIN.

1980
The CHICAGO JEANS are on the market. There’s a big fuss about the CHICAGO campain that year. Also, the STONEWASH series reaches the market.

1982
EDWIN is now on the market officialy via the ELITE FASHION CHANNEL. The sales of the INTERNATIONAL BASIC SERIES, which are the improvement of the WORK WEAR stabilizes. This year the LONDON SLIMS make their debute in Japan, after request of the people who already had heard of the great success the LONDON SLIMS had abroad.

1985
USA EDWIN International is founded. Musicians like Kenny Rogins, Hewy Louis and Billy Joel, appreciate the quality and fit of EDWIN clothes by wearing them. EDWIN starts to attract the peoples attention without advertising campains.

1986
The production in IOWA, USA begins. This way, the first made in USA EDWIN hit the market. EDWIN merges with the second greatest jeans company in the USA, LEE. This was the result of the fact that the creator of jeans in America had the KNOW-HOW of EDWIN.

1992
The BAGGY JEANS and the WORKMAN JEANS which were made with retro DENIM in 1991, make great sales. The ROSS which achieves great sales in Europe hits the Japanese market. There’s a merger with FIORUCCI (casual brand in Italy) and a cooperation with CARHART (an american WORKWEAR company). Assorted EDWIN models are being produced.”