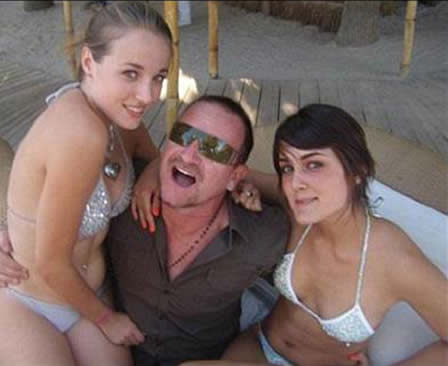 Louis Vuitton set the bar high for its “core values” campaign by casting the likes of former Soviet leader Mikhail Gorbachev and, more recently, soccer legends Pelé, Diego Maradona and Zinedine Zidane, who appear playing Football in a Madrid cafe for the next series, shot by Annie Leibovitz and slated to break in June magazines. Next up is another personality, Bonio (Bono). Rumor has it the U2 front man and activist, whose eco-friendly brand Edun is partly owned by Vuitton parent LVMH Moët Hennessy Louis Vuitton, has agreed to appear in the next spots, which trumpet Vuitton’s travel roots and its monogram leather goods. Vuitton declined to comment.