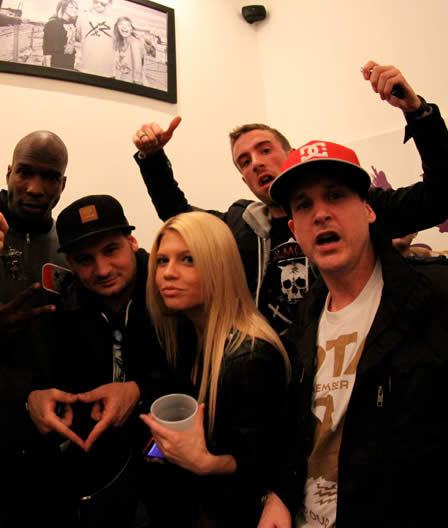 To kick off the opening of the pop up store and to celebrate their “Skate 2 Death” collaboration tee, Young & Reckless threw a launch party at the Diamond Supply Store last week hosted by Nick Diamond and the whole cast of the Fantasy Factory including Drama, Rob Dyrdek, Chanel, and Jeremy Larner. The MTV Fantasy factory camera crew was also in the house to document the event and all of the star studded attendees such as Chad Ocho Cinco and Jordan Palmer from the Cincinatti Bengals, Justin Fargas from the Oakland Raiders, Angela Simmons, skateboarder Torey Pudwill, the Alchemist and of course Ben Baller. The party was a huge success with the help of drinks provided by Ciroc Vodka, Ty-Ku Sake, and Vita-Coco Coconut water and DJ Politik on the decks. 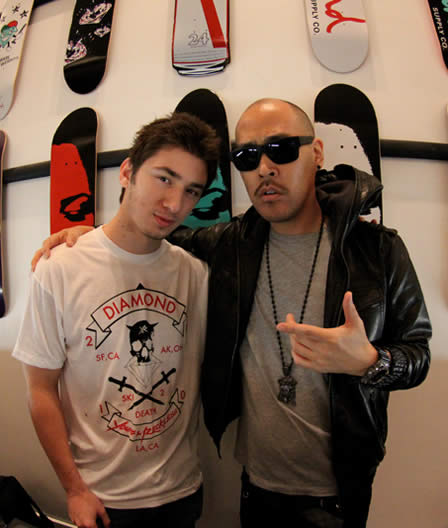