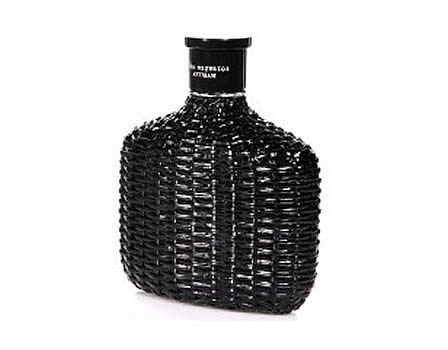 John Varvatos will launch a limited-edition flanker to their 2009 twist on an 18th century eau de cologne complete with a rattan casing called Artisan, a bestseller of the brand. The new iteration is titled Artisan Black and is meant to be a more intense version of the original scent by accentuating the woody and musky tonalities and being more long lasting.

It will only be introduced in the USA and Canada and more widely distributed by April 1, 2010.

The fragrance was composed by perfumer Rodrigo Flores-Roux of Givaudan who also did the original as well as the two other Varvatos men’s colognes: John Varvatos and John Varvatos Vintage.

The bottle by Jon Cisler will look slightly less traditional this time as the rattan is lacquered black.