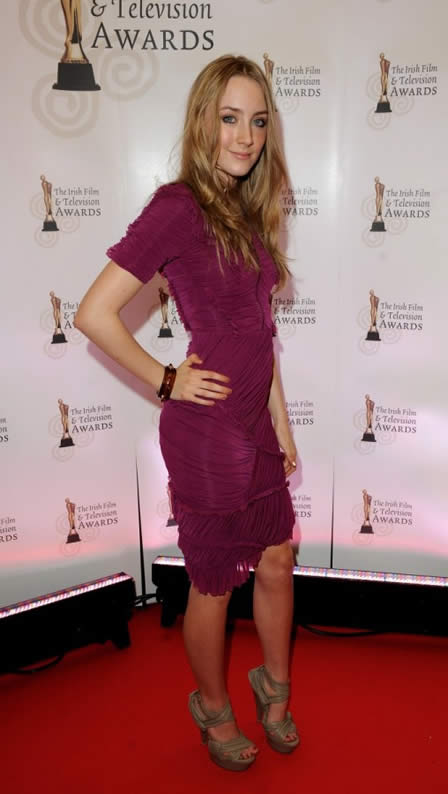 London, Saturday 20 February – Irish actress Saoirse Ronan wore a custom designed fuschia dress, bracelet and shoes all by Burberry to the Irish Film and Television Awards in Dublin this evening.

Ronan, an only child, was born in New York City. She is the daughter of Irish parents Monica and Paul Ronan – the latter an actor – who were living in New York at the time. She was raised in County Carlow, Ireland, having moved to Ireland when she was three years old. As a small child, she sometimes accompanied her father on the set when he was working on such films as The Devil’s Own and Veronica Guerin.

Opening of the Acne London Shop