For the first time ever, four men will be the face of Calvin Klein Underwear. Actors Kellan Lutz, Mehcad Brooks and Athletes Fernando Verdasco and Hidetoshi Nakata are headlining the upcoming “Mark Your Spot” global advertising campaign for the launch of Calvin Klein X underwear line.

The campaign and the Calvin Klein X underwear line are launching simultaneously this February featuring an impactful and complementary mix of print, outdoor, and digital media around the world beginning next month, including a fully dedicated microsite that will debut February 15, 2010.

Created and directed by Trey Laird of Laird & Partners, the imagery for all campaigns include still photography by Mikael Jansson and digital films produced by Darius Khondji, both of which were shot in New York City.

“The launch of Calvin Klein X underwear is a truly global initiative, so we believe it is imperative to feature talent from our most important regions – Asia, Europe, and the USA in the launch advertising, said Tom Murry, President & CEO, Calvin Klein, Inc. “The creative is in the spirit and tradition of the most innovative of Calvin Klein underwear campaigns.”

The four men featured in the Spring 2010 Calvin Klein X underwear campaign, include: 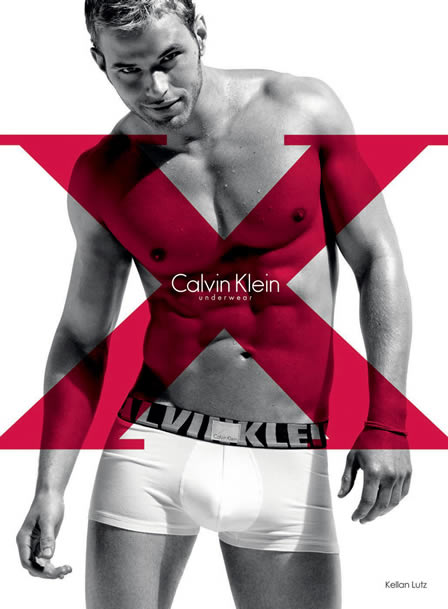 Former model and actor Kellan Lutz, 24, is best known for playing the vampire ‘Emmett Cullen’ in the popular Twilight films, and will be featured in the latest release in the series, Eclipse, which will be in theaters beginning June 30th. 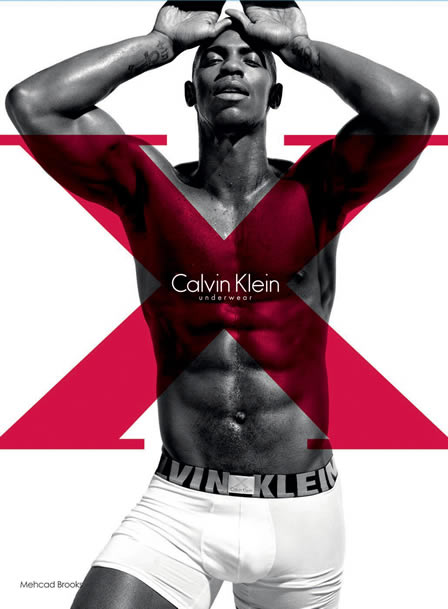 Mehcad Brooks, 29, is a native Texan, who first worked as a model before transitioning to acting.

For the last two seasons Brooks has starred in the HBO hit vampire series, True Blood, and will next be seen in a new ABC television drama, The Deep End. 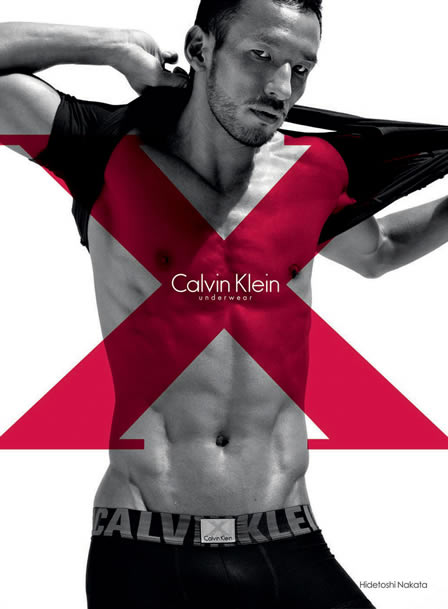 He was one of the first Japanese players to play outside of Japan, in Italy and the UK. During his career in Italy he has won the Italian Championships and Italian Cup.

He has received Asia Player of the Year twice. In 2006, after a strong performance in the World Cup Germany, Nakata announced his retirement from professional football.

Nakata is known in Asia as a social entrepreneur and fashion icon, regularly attending runway shows and sporting designer fashions. 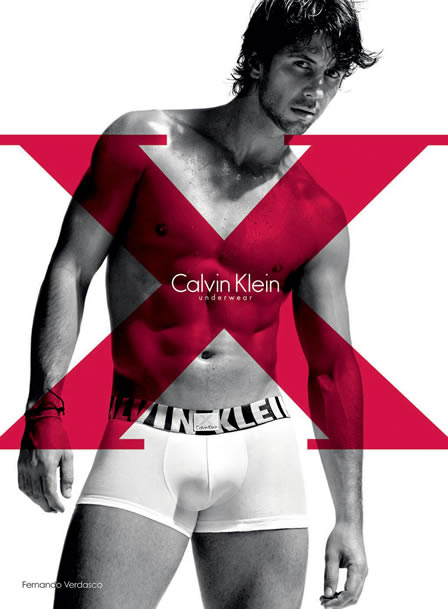 Madrid native Fernando Verdasco, 26, is a top ten ranked professional tennis player in the world and second in his home country of Spain.

This year marked his best performance to date, climbing to number seven in the ATP world rankings and capturing his third ATP world tour title in New Haven.

Modal provides softness and luster whilst the cotton allows for comfort and breathability; the microfiber is an ultra-luxe premium fabrication.

Both have stretch for ease of movement, and styles are distinguished with colored, microfiber logo waistbands – cotton features a blue logo, microfiber in red.

Each is overlaid with a distinctive center front gray patch with an embossed “X” over the signature Calvin Klein logo in bold proportions for maximum impact.