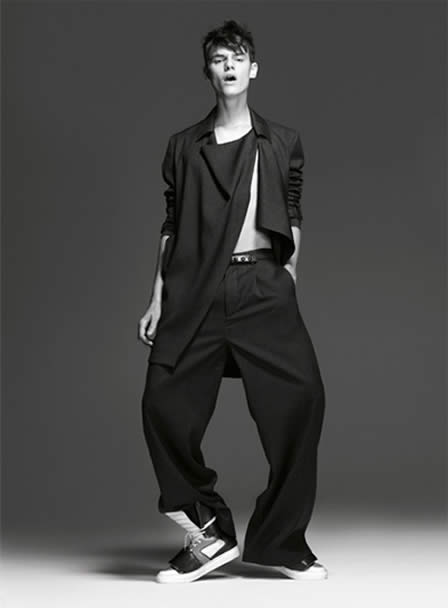 It is paradoxical for Giuliano Fujiwara to be based in Milan, working as a part of the Italian fashion design community. Characteristically Japanese, Fujiwara seems antithetical to everything Italian. He is introverted while Italians are generally extroverted. He under-states while Italians exaggerate. He is reserved while Italians are expressive. Nevertheless, he seems comfortable in Milan where he has lived and worked since 1976, first as a designer for Barbas and then creating his own line of menswear. “If I stayed in Japan,” Fujiwara muses, “my work might have followed the direction of Comme des Garçons and Yohji Yamamoto.” Presumably he is talking about the Japanese fashion environment, which encourages avantgarde approaches to menswear.

The Fujiwara style is a curious mixture of American Ivy League, Japanese stark simplicity, and Italian sensitivity in fabrication and workmanship. Take a typical Fujiwara jacket: it has many similarities to the traditional American style—a straight-cut body, the high button stance, small lapels, the jacket length shorter that the Savile Row prototype. “The Ivy League style was my first love. I loved the way JFK looked,” he says, remembering his college days when he organized a group to study the manner of dressing. His first job was with a company called Van Jacket. Although it has long been defunct, Van was a catalyst in propagating the Ivy League look in post-World War II Japan, and its influence is felt even today, as in Fujiwara’s case. 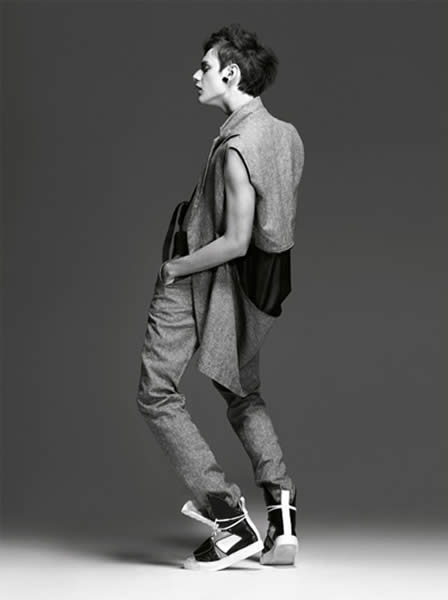