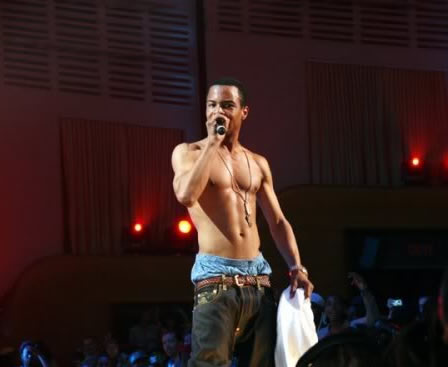 Clifford Joseph Harris, Jr. (born September 25, 1980), better known by his stage name T.I. or T.I.P., is an American recording artist, producer and actor. He is the founder and co-chief executive officer (CEO) of Grand Hustle Records.

G-Unit artist Young Buck asked fellow Southern rappers T.I. and Ludacris to appear on his new record on the track “Stomp” but later T.I. was replaced by The Game on the original version. T.I. then recorded a disrespectful verse against Ludacris. Ludacris heard it and decided to fire back at T.I. The beef originally started when T.I. saw Disturbing Tha Peace rapper I-20’s video. In the video, a guy was wearing a shirt with the words “Trap House.” The guy was getting beat up and stomped in the video. T.I. thought it said “Trap Muzik.”

On June 24, 2007 at the Sunset Tower Hotel in West Hollywood, California, T.I. was involved in a brawl. During a luncheon held by Kevin Liles of Warner Music Group (parent company of T.I.’s label, Atlantic Records), the MC got into a fight with Ludacris’ manager Chaka Zulu. According to witnesses, T.I. punched Zulu in the face and choked him and a small, brief melee ensued.

T.I. brought home the award for Best Hip-Hop Artist at the BET Awards, and took the opportunity to apologize for his scuffle with Disturbing tha Peace executive Chaka Zulu earlier in the week. While accepting his award, he expressed regret over the situation. “They say it’s a fine line between brilliance and insanity,” he said, in an apparent reference to his troublesome alter ego, T.I.P. During the broadcast, cameras showed his onetime rival Ludacris smiling in the audience. The audience stood up and clapped for T.I.