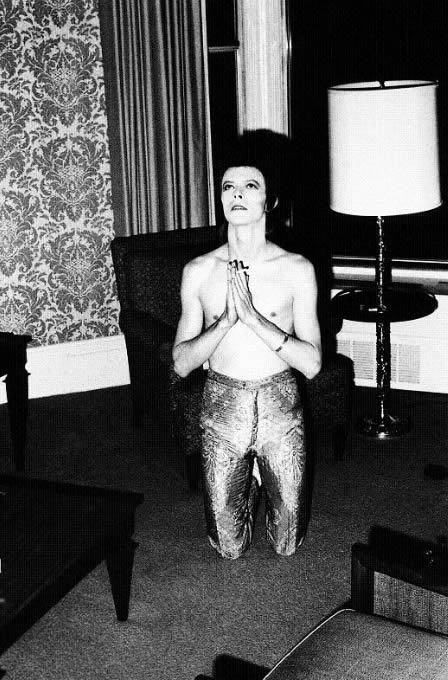 Each T-shirt is wrapped in black tissue paper inside a handmade black box as normally used for a 33 1/3 RPM vinyl record box set. The box and the T-shirt are individually numbered and the box contains a signed print of the original Mick Rock image.

“A time so long ago now it seems like a dream, but it wasn’t and I have the pictures to prove it. Long live the angels of our destiny…”

Mick Rock is “The Man Who Shot the 70’s” the man behind the lens of the images that shaped a generation.

He launched his career in 1969 with his legendary sessions with post-Pink Floyd Syd Barrett.

In 1972 he met a little known David Bowie and for two years documented the rise of his alter ego Ziggy Stardust to worldwide fame.

He continues to produce in the new millennium with memorable images of The Killers, The Scissor Sisters, The Yeah Yeah Yeah’s, Flamming Lips, Kate Moss, Snow Patrol, Queens of the Stone Age and more.

Part of the royalties from this limited edition have been donated by the artists to the charity WARCHILD. 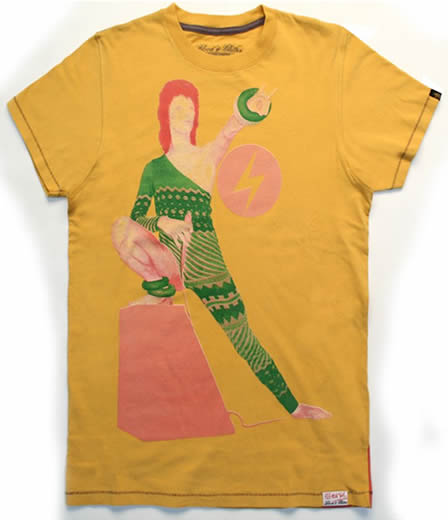