Rag & Bone Boots in for a rough ride 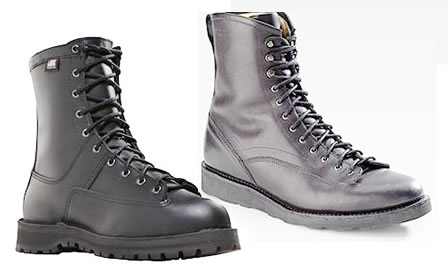 WWD report Danner footwear is suing rag & bone for copyright infringement. The Portland-based boot-maker, which launched its first pair of boots in 1932, claims that rag & bone designers Marcus Wainwright and David Neville created a combat boot that was too similar to some of its own styles. One of the biggest similarities seems to be that the designer style was actually named “Danner Combat Boots by rag & bone.” The footwear is sold at Barneys New York and Saks Fifth Avenue, and while neither retailer features the shoes as available online anymore, Danner named both as co-defendants in the case. Danner is seeking an injunction, recovery of lost profits, legal fees, and some other unspecified damages. And if the lawsuits brought against Steve Madden by Balenciaga and Alexander McQueen taught us anything, it’s that “inspiration” happens all the time, but getting caught can cost you.