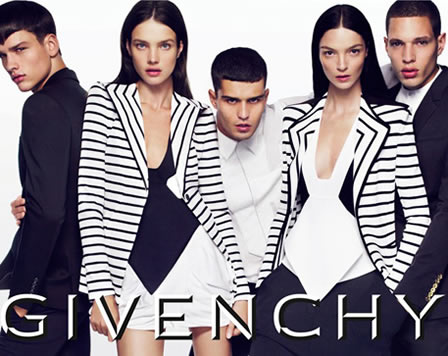 Givenchy’s Spring/Summer 2010 ad campaign is predictable, staying true to Riccardo Tisci’s sense of fashion design. The ad campaign is boldly black and white and stars Mariacarla Boscono and Natalia Vodianova. Photographed by Mert Alas and Marcus Piggott, the ad campaign is classy and concise and let’s the Givenchy brand do most of the talking.