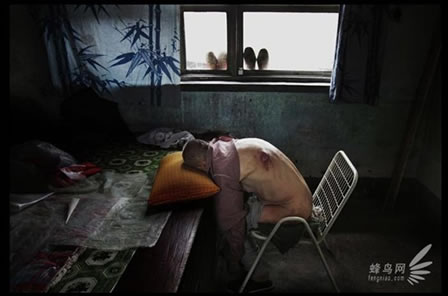 Lu Guang, freelancer photographer, started as an amateur photographer in 1980. He was a factory worker, later started his own photo studio and advertising agency. August of 1993 he returned to post-graduate studies at the Central Arts and Design Academy in Beijing (now is the Academy of Arts and Design, Tsinghua University). During graduate school, he studied, traveled all over the country and carved out a career, became the “dark horse” of the photographer circle in Beijing. Skilled at social documentary photography, his insightful, creative and artistic work often focused on “social phenomena and people living at the bottom of society”, attracted the attentions of the national photography circle and the media. Many of his award winning works focused on social issues like, “gold rush in the west”, “drug girl”, “small coal pit”, “HIV village”, “the Grand Canal”, “development of the Qinghai-Tibet Railway” and so on.

1. “At the junction of Ningxia province and Inner Mongolia province, I saw a tall chimney puffing out golden smoke covering the blue sky, large tracts of the grassland have become industrial waste dumps; unbearable foul smell made people want to cough; Surging industrial sewage flowed into the Yellow River…” 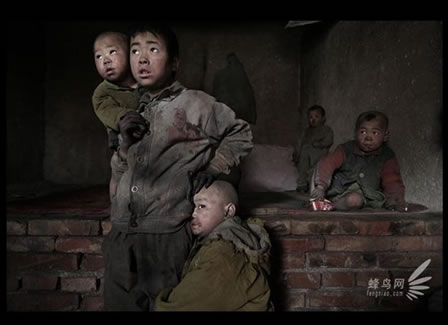