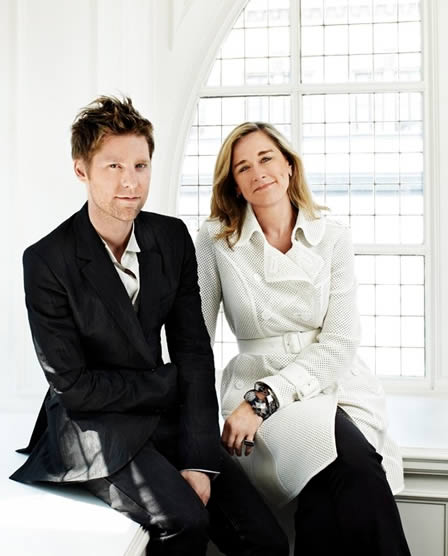 Angela Ahrendts, Chief Executive Officer of Burberry, today announced the appointment of Christopher Bailey to a newly created position of Chief Creative Officer, in recognition of his outstanding contribution to the brand since his appointment as Burberry Creative Director in 2001.

“It is with great pride and honour that we announce Christopher’s new position of Chief Creative Officer. The Burberry brand today is more cohesive than at anytime in the company’s history owing much to the clarity, consistency and purity of his amazing vision. This past nine years, Christopher has innovated, protected and modernised every aspect of this company giving it an identity and point of view that is completely unrivalled. His vision has united everyone in the company and he has connected with every demographic of consumers through technology, innovation, unique craftsmanship and integrity. Whoever you meet, whatever you read they will all tell you the same thing – Christopher Bailey is this generation’s greatest talent and he does it all with the most unassuming humility.”
Angela Ahrendts

“I am truly honoured and humbled to be recognised in this way. It is a real privilege to be a part of the brand’s great story and to be working alongside Angela whose passion and drive is not only inspiring to me, but is central to everything that we do as a company.
I salute all our Burberry teams around the world who make this magnificent brand what it is today – a place of uncompromising energy and innovation. I couldn’t be more excited about being part of the future of this, the greatest British brand in the world.”
Christopher Bailey

Christopher Bailey is responsible for the design of all Burberry collections and products, as well as all advertising, corporate art direction, architectural design, multi-media content and overall brand image for Burberry. He recently oversaw the design and development of the new 160,000 square foot Burberry Global Headquarters at Horseferry House in London, the newly opened 68,000 square foot Burberry Americas Headquarters at 444 Madison in New York and the new Burberry Headquarters in Ginza, Tokyo in Japan.

Amongst many other achievements and awards, Christopher was appointed a Member of the Order of the British Empire (MBE) for Services to the fashion industry in HM Queen Elizabeth II Birthday 2009 Honours List.