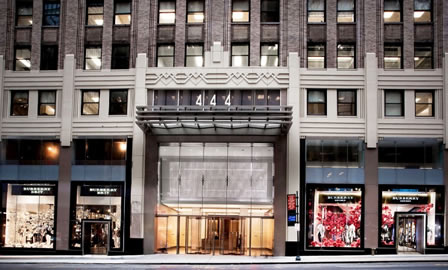 BURBERRY OPENS NEW STORES EITHER SIDE OF ITS AMERICAS HEADQUARTERS

“We are really excited to open our first ever Burberry London and Burberry Brit standalone stores here in New York, located either side of our iconic America’s headquarters at 444 Madison where the Burberry sign 400 feet atop salutes our Britishness across the Manhattan skyline. We designed the stores to have their own individual expression and identity reflecting our customers’ different attitudes and needs. The stores are modern and unintimidating with digital technology used to heighten the experience for the consumer.”

Burberry is pleased to announce the opening of two new stores either side of its recently opened Americas headquarters at 444 Madison Avenue in New York.

The 1500 square metre Burberry London store opened on the north side of the headquarters, showcasing ready to wear for men and women from the Burberry London collections as well as accessories.

Both stores opened with a new Burberry store design concept developed by Burberry Chief Creative Officer, Christopher Bailey where intrinsically British materials and themes are used in a contemporary and innovative way.

Burberry has two existing stores in New York City – Soho and 57th Street and 62 Burberry stores throughout the US and Canada.

Burberry became the newest addition to the Manhattan skyline on 28 May 2009 when three 50 foot long neon Burberry signs were lit above the new Burberry Americas headquarters at 444 Madison Avenue in New York.

The site is one of only six grandfathered signage locations in New York. 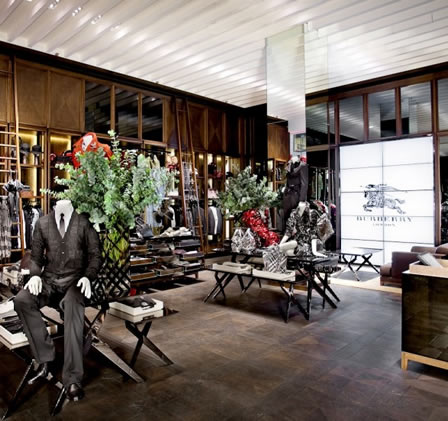