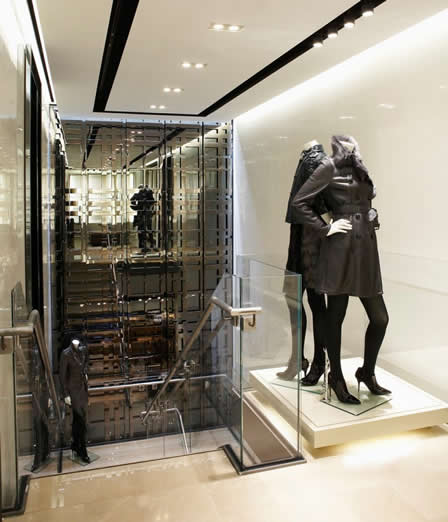 Burberry celebrated the recent opening of its new flagship store on Bloor Street in Toronto, Canada.

Over 400 guests attended the event at the store including Ali Larter and Milla Jovavich who wore Burberry.

Music on the evening was provided by British DJ Tom Guinness who features in the Autumn Winter 2009 Burberry ad campaign and who was flown in from London for the event.

The store carries a full range of ready-to-wear for both men and women from the Burberry Prorsum, Burberry London, Burberry Brit collections as well as Burberry Sport, Childrenswear and accessories.

The store on Bloor Street opened with the new Burberry store design concept, developed by Burberry Creative Director Christopher Bailey, where intrinsically British materials and themes are used throughout in a contemporary way.