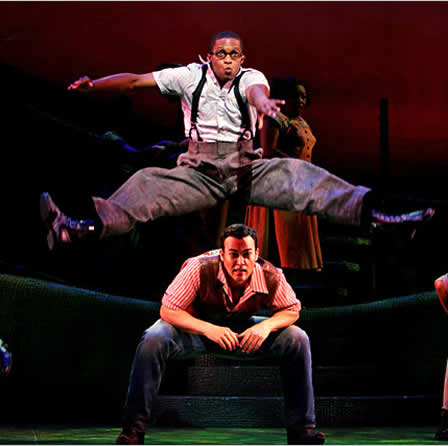 Sugar Cane Jeans on Broadway. Finian’s Rainbow is being revived Broadway and is surprisingly relevant to our time. The show has a great cast full of Broadway favorites such as Tony Award Winner Jim Norton, Tony Award Winner Chuck Cooper, and Xanadu’s Cheyenne Jackson, along with many other talented and upcoming actors. The leading man, Cheyenne Jackson can be found wearing Sugar Cane jeans.

With a sparkling score of beloved standards and a whimsical story that dances between romance, satire and fairy tale, FINIAN’S RAINBOW is a musical theater treasure.

Set in the mythical southern state of Missitucky, FINIAN’S RAINBOW pits a charming Irish dreamer and his headstrong daughter against the host of complications that await them in their newly adopted land: a bigoted southern Senator, a credit crisis, a pesky leprechaun and, of course, a complicated love affair that gives birth to some of the most witty, charming and heartfelt songs ever written for the stage. 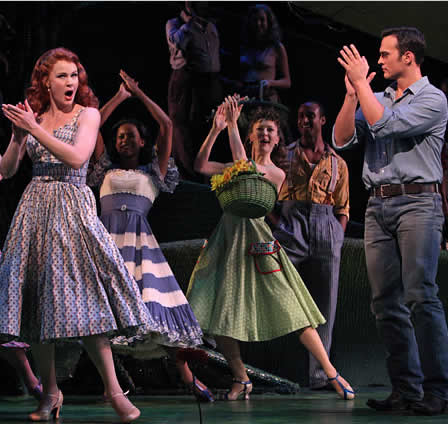 Marc Jacobs – Designer of the Year!