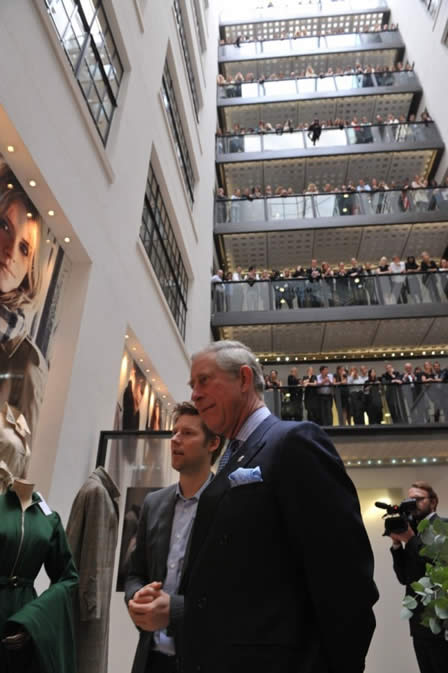 “We are delighted to welcome HRH The Prince of Wales to Horseferry House our new global headquarters in London, particularly as the Royal Family have such a long association with Burberry. We are honoured that he will officially inaugurate the building and take the time to meet the amazing team. It is a privilege to share Burberry’s unique heritage and strategic vision as we continue to expand and celebrate our Britishness around the world.“
Angela Ahrendts, Burberry Chief Executive

Accompanied by Burberry CEO Angela Ahrendts and Creative Director Christopher Bailey, His Royal Highness was given a tour of the 160,000 square foot headquarters.

Burberry design teams took HRH The Prince of Wales through the latest collections including innovations of the classic Burberry trench coat and trademark check.

During his visit, His Royal Highness also met several Burberry long service employees who have been with the company for over 25 years.

Led by Christopher Bailey, the dynamic interior of Horseferry House has been designed with reference to the quintessentially British values that the brand represents.

To commemorate his visit, HRH The Prince of Wales was presented with a gabardine walking jacket made at the Burberry outerwear factory in Castleford, North Yorkshire and an iconic trademark check cashmere scarf made in Elgin, Scotland.

The Burberry Foundation also announces today that it is making a grant to the Prince’s Foundation for Children & the Arts (TPF) to support ‘DesignQuest’ which will link Kensington Palace, the Fashion and Textile Museum, the V&A, and the Museum of London with 4-6 secondary schools in London.

BURBERRY
Burberry was founded in 1856 and is listed on the FTSE100 with a current market cap of £1.8bn.

Burberry is a uniquely positioned global luxury brand with a multi-category competency: womenswear, menswear, non-apparel and childrenswear – with innovative outerwear as the foundation.

Burberry is rated among the top ten global luxury brands and possesses one of the most recognised icon portfolios in the world including the trench coat, trademark check and Prorsum horse logo. Burberry has successfully grown on the founding principles of quality, function and modern classic style, rooted in the integrity of its outerwear.

As a major British exporter, over 90% of Burberry sales are outside of the UK. Burberry employs approximately 2000 in the UK and around 6000 people globally. 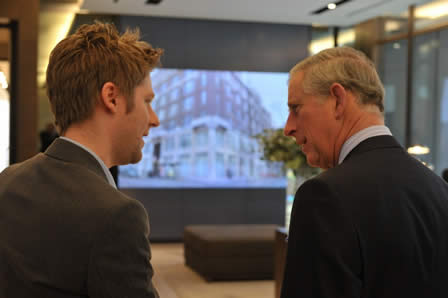 Burberry globally
Burberry operates in markets throughout the world, with a balance across major geographic regions and selling through a diversified network of retail, wholesale, licensing and e-commerce channels worldwide.

THE BURBERRY FOUNDATION GRANT
Set up in 2008 by Christopher Bailey and Angela Ahrendts, The Burberry Foundation is committed to dedicating global resources to help young people realise their dreams and achieve their goals and potential through the power of their creativity.

The Burberry Foundation grant to the Prince’s Foundation for Children & the Arts (TPF) will help support ‘DesignQuest’ linking with Kensington Palace, the Fashion and Textile Museum, the V&A, and the Museum of London with 4-6 secondary schools in London.

TPF shares the Burberry Foundation’s vision that helping young people to be awakened and inspired by the arts will allow them to follow their own dreams.

HORSEFERRY HOUSE
Burberry relocated to its purpose designed headquarter operations at Horseferry House as part of the Company’s ongoing expansion in December 2008.

Houses over 850 Burberry employees over seven floors. New location enables Burberry to bring together all parts of the enlarged business to operate as one company under one roof.

State of the art video conferencing facilities in meeting rooms facilitate communication between Burberry offices/ hubs in London, Hong Kong, Japan and New York without the need to travel. 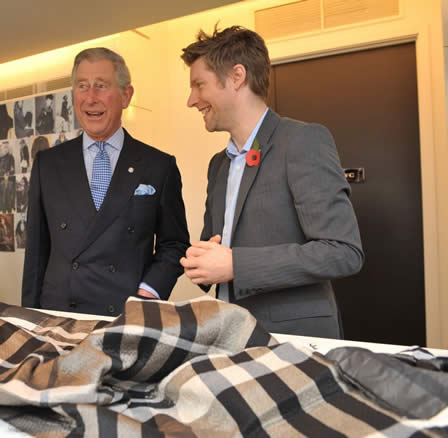