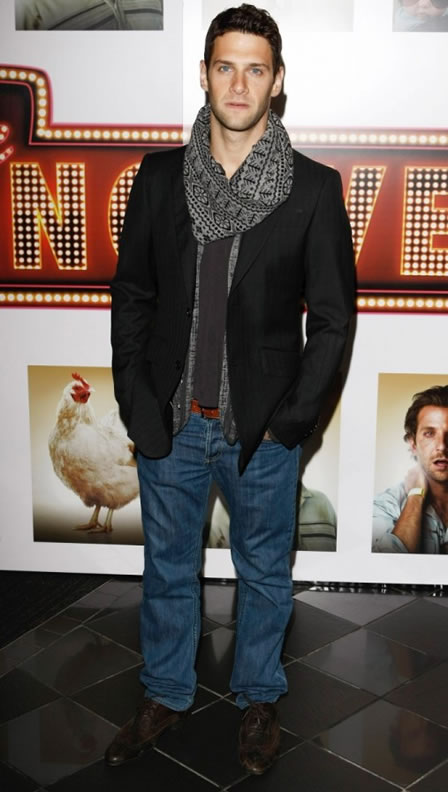 American actor Justin Bartha wore jeans, a cardigan, blazer and shoes all by Burberry to the London premiere of his new film Hangover, yesterday evening. Justin also wore a Burberry snood – the new scarf -which was previewed on the Autumn Winter 2009 Burberry Prorsum runway.

Justin has been dating actress Ashley Olsen since May 2008. Though there was a rumor of an engagement in October 2008, it was denied by Olsen’s representatives. In the past, Justin has also been romantically linked with Lydia Hearst-Shaw.