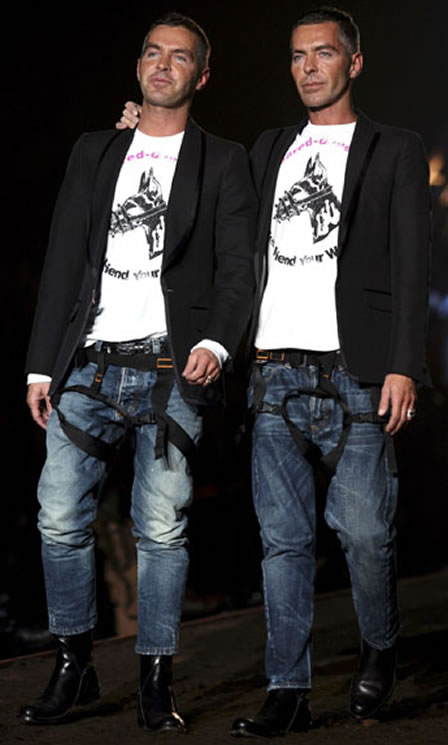 Bravo announced a new fashion competition series “Launch My Line.” Previously announced as “Celebrity Sew-Off” the show features twins Dean and Dan Caten of DSquared2 as hosts . Launch My Line is based on the premise of 10 established fashion designers paired with pop culture notables, who are highly regarded in their own field of expertise, but have always dreamed of having their own line.

Launch My Line will premiere on Bravo later this year. The brothers will host and judge competition between aspiring designers who dream of launching their own fashion label.

On their Sirius radio show, you get to see a completely different side of the DSquared2 twins: “We are doing radio because music is one of our soul inspirations. Music tells a story. It completes the 360 degree message that we are trying to convey when we do a show, especially with fashion shows. We cut the music for our shows, and we edit it in the studio. It’s a huge part of our life.”

Whether all this extra curricula froth will help or harm the DSquared2 brand only time will tell.