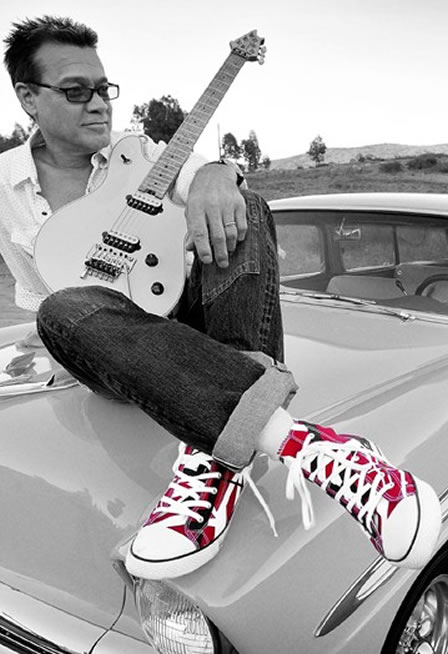 In partnership with New Jersey-based FEA Merchandising, a company specializing in recording-artist merchandise, Van Halen is releasing both high- and low-top canvas sneakers with red, white and black stripes, similar to those the guitarist wears onstage. Like those, the new EVH brand shoes mimic the design of his Frankenstein guitar.

The men’s shoes, which are available for $54 (for low tops) and $59 (for high tops), are also available in black and white as well as black and yellow. The shoes will be sold at EVHgear.com, as well as select department and specialty stores.

“So many people would ask me, ‘Where can I get a pair of those?’” Van Halen said in a statement about the style he’s been wearing onstage. “After hearing that for about 15 years, I figured they were something that people obviously wanted, so making them available and official seemed like a natural progression.”