Brioni Suits for Angels or Demons? 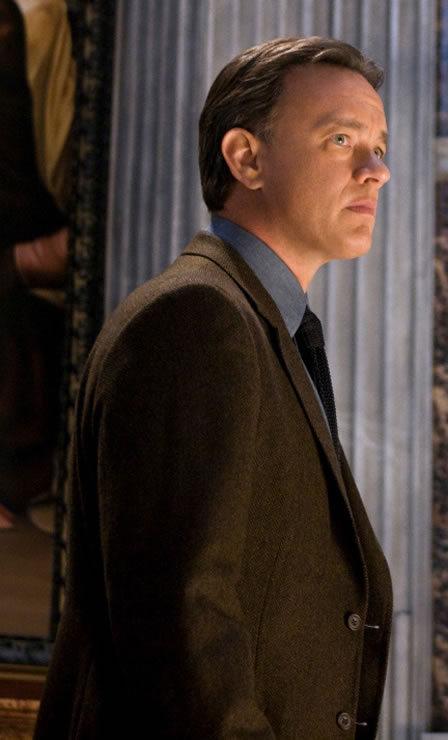 “In his role as Harvard symbologist Robert Langdon, Tom Hanks stars in the second theological thriller by Dan Brown, ‘Angels & Demons’ wherein the Catholic Church is being besieged by the Illuminati, the most powerful underground organization in history.

Non-stop action both physical and cerebral, Tom Hanks’ Robert Langdon cross Rome and the Vatican wearing Brioni suits as he follows the clues and solves them through sealed crypts, dangerous catacombs, deserted cathedrals and even to the heart of the most secretive vault on earth, Langdon follows the 400-year-old Path of Illumination that marks the Vatican’s only hope for survival.

Set for release everywhere on May 15, ‘Angels & Demons’ is one of the most highly anticipated movies of the summer.

The team behind the global phenomenon The Da Vinci Code returns for the Angels & Demons, based upon the bestselling novel by Dan Brown. Ron Howard returns to direct the film, which is produced by Brian Grazer, Ron Howard, and John Calley. The screenplay is by David Koepp and Akiva Goldsman. And, the film’s costume designer, Daniel Orlandi, chose suits cut by the master tailors of Brioni for Robert Langdon being played by Tom Hanks.

Commenting on the announcement, Antonella De Simone, co-CEO of Brioni, said, “We’re thrilled that Daniel Orlandi, the costume designer for Angels & Demons, has chosen to dress Robert Langdon in suits tailored by Brioni. As Robert Langdon follows the Path of Illumination, he will look his best.”

Brioni has always been linked to the cinema. From the Fifties at Cinecittà to Hollywood, many distinctively stylish characters have displayed Brioni’s exceptional sartorial quality on the silver screen.”

Ted Baker Clothing – On the rise!