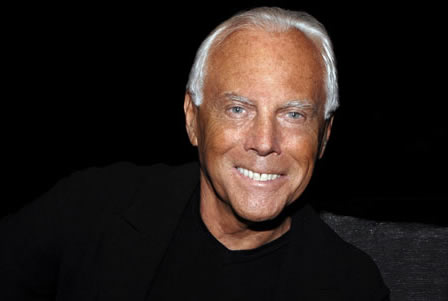 Alicia Keys praised Armani, claiming: “I love his style. I love his passion. I love how Italian he is. I love that he doesn’t speak English. … I love the way he makes a woman be a woman.”

Vicky Beckham also repeated her undying love for the fashion monarch: “I have so much respect for Mr. Almond”, she said, as she pouted and fluttered her false eye-lashes with unrelenting girl-power!

Surprisingly, Giorgio had to leave the event ealier than expected.