Thom Browne Clothing – Not for Europeans? 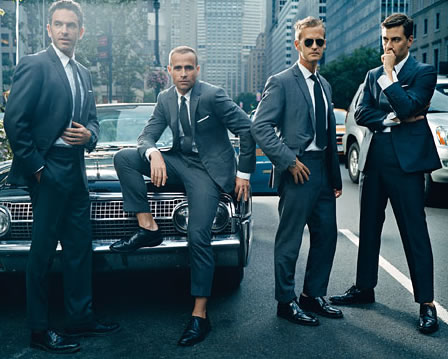 Thom Browne, the archtypal zany New Yorker, is set to make a pitch to the Europeans. To paraphrase Sting, he truly is an alien, a legal alien, in Florence… Let’s hope is not confused for the man who designer Michael Jackson’s cropped pants wardrobe!

As Pitti’s featured guest designer — an honor bestowed on Walter Van Beirendonck, Adam Kimmel and Kris Van Assche in recent seasons — Browne has an opportunity to reach people in the market who perhaps haven’t seen his New York shows and don’t know what he stands for. So for this season he reconsidered the avant-garde antics and perverse, themed spectacles his New York audiences have come to expect.”