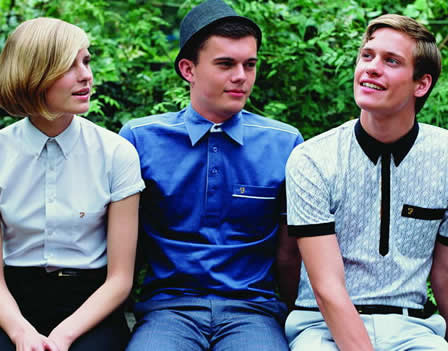 Farah Trousers & Clothing – The past is the Future?

Ask most British guys who were teenagers in the mid 70’s to early 80’s and a smile creeps upon their faces as they recall their self-conscious years when they were fanatical about detail, obsessed with music and fashion and trying to make the cut in the playground.

From it’s turbulent history after the company started in Texas in the 1920’s to the incredible success of the brand after the introduction into 1970’s Britain, Farah has always been a topic of conversation welcomed by a good chunk of British males and females alike.

At a time when the media was transfixed with the emergence of Punk, the Farah Slack was assimilated by British youth culture when a whole generation of young men – from mods and skins to the Jamaican ‘Stickmen’ – created regional fashion trends. Dressed in smart-casual clothing, the look spread and became firmly entwined within The Casual Scene, based on the Mods notion of secrecy and elitism.

More than 35 years after the brand first landed on the shores of Britain the Farah Slacks & Leisurewear collection has brought the brand back to the foreground. The authenticity of the Farah brand and depth of the available archives have inspired the market once more with the collections from London now available globally with shops stocking the brand from Canada to Japan.

We can all start looking out for the iconic orange tabs again!