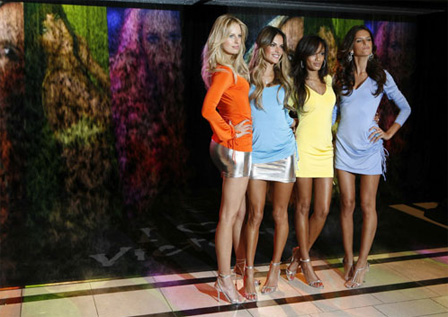 The eagerly awaited Victoria’s Secret Fashion Show at the Kodak Theater was by all accounts a big success. Not only did frustrated old geezers get an opportunity to clock a bunch of birds in skimpy lingerie but there was some interesting performances by the Spice Girls, performing onstage for the first time in 10 years, as well as Seal and Will.i.am, opening in place of Kanye West, who withdrew after his mother’s passing, and a few others.

“Every year, it’s got to be bigger and better,” said Victoria’s Secret executive producer Ed Razek. “You don’t want to turn it into a variety show, but we have an obligation to make it an interesting television special and interesting for the VIP crowd in the theater.”