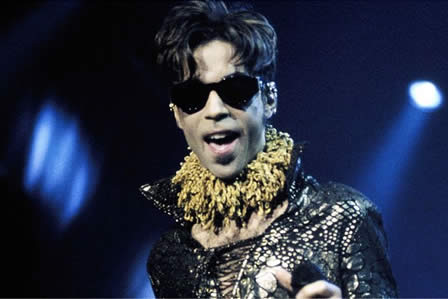 Pop Star pain Prince had fashionistas marching to his purple beat at London Fashion Week when he staged a surprise performance at Matthew Williamson’s catwalk show. Prince, who is playing a series of concerts in London, first appeared to be only a front row guest at Williamson’sÂ S/S 2008 collection. Prince, who’s no stranger to extreme fashion, was wearing a black suit and hat, and looking the inimitable star he is.

“He really wanted to do this, and you don’t say ‘No’ to Prince,” Williamson told Reuters TV after the show, his first in London since he left for New York five years ago.