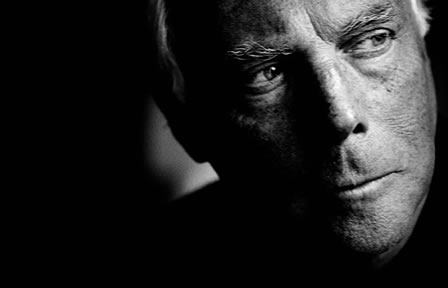 Could you imagine Giorgio Armani standing in the Shed at Stamford Bridge? Probably not but Giorgio Armani has knocked up a sharp new off-field uniform for the West End’s Chelsea F.C. players, which has been available for fans to buy through Emporio Armani stores in the U.K. since Friday.

“Chelsea F.C. has become known the world over for the quality of its game and the internationalism of its players who have become sporting icons,” said Armani in a statement, adding the club’s manager, JosÃ© Mourinho, had creative input into the designs. “JosÃ© was personally involved in reviewing all of the sketches and fabrics.”

“Mr. Armani wanted to adopt a fresh approach to our suits,” said Mourinho, in the statement.