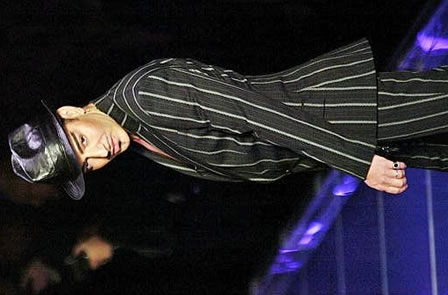 John Galliano has been sued for using the works of another artist for his own collections. The British designer used replicas of a renowned U.S. photographer’sÂ  images in his latest ad campaign without acting the artist’s permission. Galliano reportedly is required to pay William Klein Eur 200,000 for the unauthorized use of his â€œpainted contacts,â€ in addition to Eur 150,000 for copy right infringement, and an additional Eur 50,000 for damaging the reputation of his work, reported for poor production quality.

Klein who resides in France , is â€œinsulted and furiousâ€ that Galliano used his images in ads that ran in several fashion magazines and were â€œgross plagiary.â€ The prints were replicas of his signature half-painted photos of street scenes. The artist has gained notoriety for his technique of using coloured enamels to highlight parts of photographs. One of these collections was recently featured at an exhibit at the Pompidou Centre in Paris where it did very well.