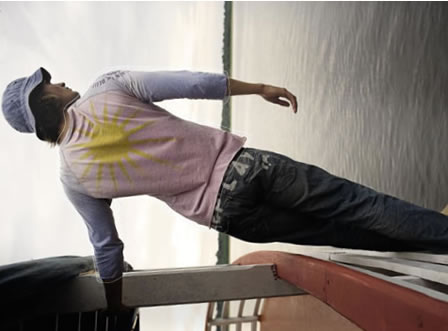 To celebrate its 25th anniversary last year, Italian jeans and fashion label Replay launched a limited edition pair of jeans. This has resulted in a new line of jeans called Replay Collectors. The line consists of a limited edition range of high-end jeans which signifies the company’s direction. â€œThe beginning came out of the idea of the 25 th anniversary model,â€ said Replay chief executive Marco Bortoletti. â€œThe idea was to give continuity to the success of that model and reinforce the idea and the roots of Replay, and create a longer-lasting project.â€

Replay Collectors will hit stores this spring. The range is based on the anniversary jean, which was made from raw denim and sold in its own Replay briefcase. The jean’s defining feature was a gold-plated silver button which could be removed and worn as a cuff-link. At $500 (Â£260), only 1,000 pieces of the model were made, split equallly between men and women.

The Collectors line will first feature organic jeans â€“ the current rage among environmentally conscious fashionista’s â€“ made from organic cotton and washed with biodegradale soap. Buttons are made of vegetable-tanned leather and will be sold in recycled paper. Borletti said it was Replay’s intention to contribute in â€œsome small wayâ€ to bringing awareness of environmental issues to the public.

Replay Collectors will introduce three or four new collection a year for the next two years, with a production of about 4,000 pieces. Distribution will be worldwide, in almost 200 Replay stores. Prices for a pair of jeans will average about â‚¬200.

Band Of Outsiders Being There Video