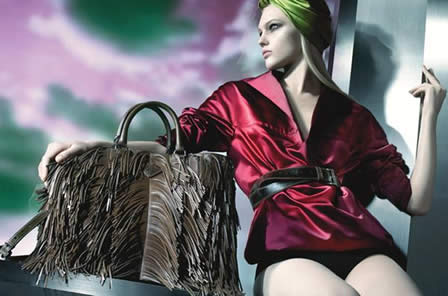 The mighty Italian fashion house, Prada, has announced its decision to sign up to Peta’s campaign to drive fur out of fashion. Miuccia Prada herself said that she is â€œboredâ€ with real fur and announced the launch of a new line called â€œFake Classicâ€. This is a truly visionary step by Prada who are showing they have the foresight to take fashion forward into a new era with other furless brands, Kenneth Cole, J.Crew, Ann Taylor, and Ralph Lauren.

In 2008 it will be 20 years since Miuccia Prada launched her first womenswear collection, but the critics of her fur-less Fall 2007 show in Milan last week were as ecstatic as ever. “Milan’s most aware designer has thrown a wrench in the fashion works,” concluded Suzy Menkes in the International Herald Tribune. “What was new? Everything … For all the weirdness of her vision [she is] light years ahead of the rest.”

Clerk & Teller Clothing, can you bank on it?