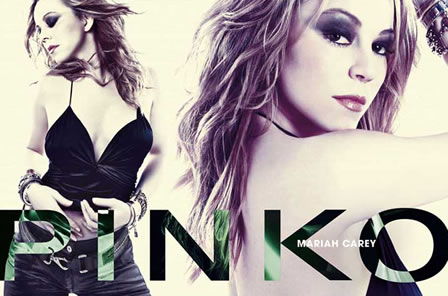 Mariah Carey is the new face, or should that be butt, of Pinko jeans. Mariah’s unveiling of of a specifically made pair of Pinko jeans hit the net to a mixed reaction. Mariah Carey follows in the footsteps of past Pinko â€œfacesâ€ Naomi Campbell, Elle Macpherson, and Eva Herzigova.

“I don’t think anyone should be banned from anything. There should not be a precedent,â€ she said. â€œThat cannot work if you are naturally a size zero. As long as it’s not leading people to do harmful things to themselves to achieve that then it’s fine.” Pinko’s president and founder, Pietro Negra Pinko said Carey was chosen for their current campaign because she balances beauty and musical talent.Â  â€œMusic is the greatest channel of communication; it reaches across the generations, perfectly reflecting the Pinko brand’s goal: to design clothes for women of all ages,” Pinko said.