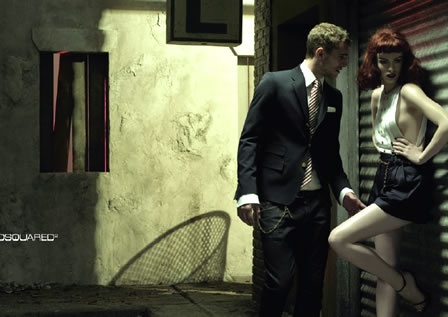 The guys at Dsquared continue to push the boundaries of fashion modernity with their comtemporary chic-couture style. Dsquared is growing into a mainstream fashion brand and can rightfully claim a place alongside the fashion legends that inspired Dean and Dan Caten, brands like Dolce & Gabbana, Versace and Moschino. The Dsquared S/S 2007 collection has all the edge with come to expect from brand and will delight both dedicated followers and casual observers. 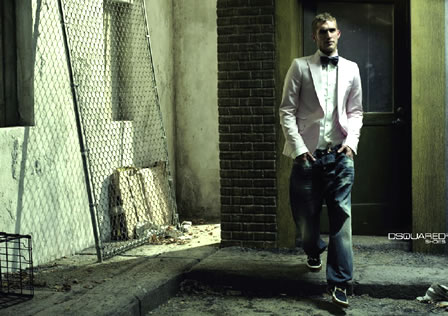 DsquaredÂ² is a fashion label created by two Canadian brothers, Dean and Dan Caten. In 1991 they moved to Milan, Italy to pursue their dreams of fashion and creating their own company. In 1995 they debuted their very first menâ€™s collection, and in 2003 the very first womenâ€™s collection debuted as well.

Since then, DSquaredÂ²’s fashion lines have been worn by celebrities such as Justin Timberlake, Lenny Kravitz, and Madonna. In 2002, the brothers designed over 150 pieces for Madonnaâ€™s Drowned World Tour and “Don’t Tell Me” music video. Dean and Dan has also been featured on America’s Next Top Model.