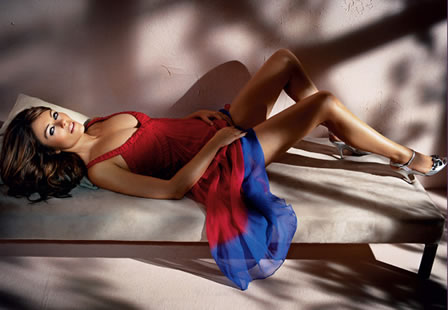 Liz Hurley will be the face of the new Monsoon S/S 2007 campaign and will replace Sophie Ellis-Bextor at the end of the season. Liz Hurley follows Jodie Kidd and Sophie Dahl, with a series of photographs that are unashamedly sexy. The 41-year-old actress and model is reputedly set to earn a 6-fixure sum, which the media say will be cover the costs of her lavish wedding to fiancÃ© Arun Nayar this Spring.

Monsoon was founded in 1973 by Peter Simon following a period of selling shaggy woollen coats on the Portobello Road and hand block printed clothes from Rajasthan to anyone who would buy them. The original focus was always clothes with an ethnic origin from faraway places, including unusual dresses from Afghanistan and countries en route.