D&G Jeans get knifed by ASA 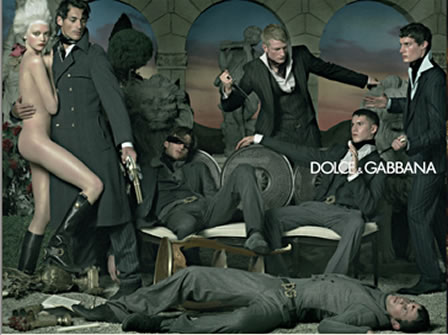 Dolce & Gabbana, the world-renowned Italian super-brand synonymous with sexyÂ advertising has been admonished by the ASA for its latest campaigns which reputedly glorify violence. Two of the campaigns have been banned from the UK. Reuters reported that an advertising watchdog criticised the company who in their latest ad show models brandishing knives. The Advertising Standards Authority (ASA), the industry regulator, upheld more than 150 complaints from people concerned that the stylised pictures glorified and condoned violent crime, says Reuters.