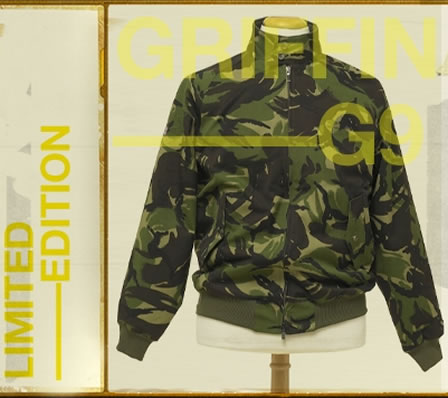 In keeping with its recent revival Baracuta is forming some breathtaking collaborations with the likes of the mighty Stussy, Billingham and Griffin. This Griffin army camo jacket is based on the original slimfit Baracuta G9. The Baracuta G9 was originally called “The Harrington Jacket” after it was worn by Ryan O’Neal who played Rodney Harrington in Peyton Place. Today the Baracuta Harrington is worn by a plethora of stars including Thierry Henry.