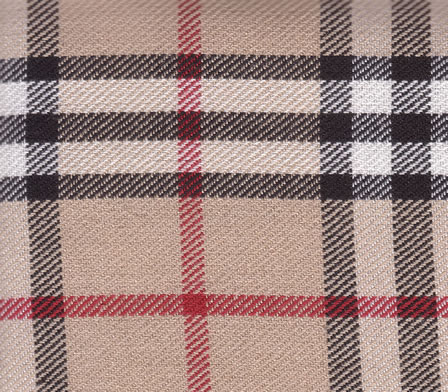 All appears rosie in Burberry’s checked garden, with sales figures the highest they have ever been in the brand’s history and accessories selling out before they even make it to the shop floor. That said, Welsh factory workers are not amongst those sharing the wealth. Workers at a threatened Burberry factory in south Wales on Thursday held a demonstration against its closure at the Welsh assembly. The Rhondda-based factory, which employs 309 people, is in consultation about closing at the end of the year and moving production abroad – wink wink.

Earlier this month, there were protests outside the designer’s store in London about the closure. Thursday’s lunchtime demonstration will be addressed by Rhondda politicians Chris Bryant MP and Leighton Andrews AM. Mervyn Burnett, senior organiser for the GMB union, said: “This is the next step in the GMB campaign to gather support from elected representatives and others to maintain Burberry production in south Wales .”

The factory in Treorchy makes polo shirts and production will go where costs are lower, possibly to Asia or South America . Burberry has said the factory is no longer “commercially viable”, but it would not abandon the UK. The union is asking the company to consider bringing new work to the Rhondda.

It says Burberry could make raincoats in Wales rather than increasing the amount of rainwear they make in Castleford, West Yorkshire . If the company was to make the extra 45,000 coats they plan to in Rhondda instead, the GMB says the company could save 220 of the 300 threatened jobs. The firm would need to move to a smaller site than its Treorchy base, but the union believes one could be found in the area, possibly with help from the assembly government. A Burberry spokeswoman said the company would look at all options, as the intention to close was “only a proposition”.

25% Off Armani, Vivienne Westwood, Hugo Boss and much more