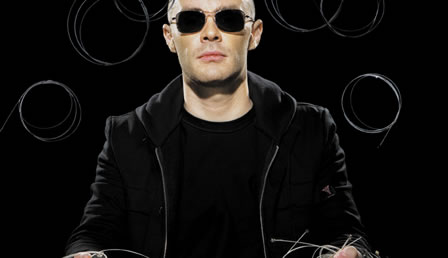 In 2002, frustrated with the lack of understanding coming from their shoe sponsors, a group of high profile musicians and their equally discouraged friends decided to join forces and create their own means to fulfill their passion for footwear. So with the help of Jon Humphrey, a prior concert promoter and Vice President of Adio Footwear, and Tom DeLonge, formerly of the band Blink-182, MACBETH emerged on the coast of San Diego. Incorporating the ideas of over 30 bands who tour the world, MACBETH was born out of the vision to create a footwear brand built on the artistry and diversity of music. MACBETH believes in creating products that contain the same energy and emotion as music, and as a result, each collection is created with the same focus, intensity and detail as writing a song.

By using only the finest materials that require superior design and construction, the MACBETH product line consists of menâ€™s and womenâ€™s footwear and apparel. In addition to their already popular menâ€™s and womenâ€™s footwear lines, MACBETH has recently expanded the collection to include MACBETHUnited and MACBETHVegan. MACBETHUnited is a casual, sophisticated product line that fills the role of the â€œdressyâ€ sneaker, while MACBETHVegan was created to satisfy the desires of many artists who are sensitive to the industrial use of animal products. To compliment the footwear, MACBETH has created a limited collection of t-shirts, sweatshirts, track jackets and hats that further illustrate many of the brands diverse graphics and unique artwork.