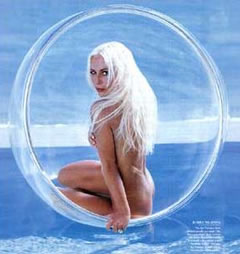 It’s virtually impossible to believe that it’s almost a decade since the murder of the “aristocratic” and visionary fashion designer Gianni Versace. The superstar Italian fashion designer was murder in Miami, Florida, on 15th July 1997 by fugitive Andrew Cunanan, an alleged homophobic who was responsible for the murder of four other men before taking the life of Gianni Versace. Eight days later, Andrew Cunanan committed suicide in a houseboat on Miami Beach that was under siege by armed police.

Gianni Versace is without doubt one of the most respected, if not the most respected, fashion designers of his generation. Born in Reggio, Calabria, Italy on 2nd December 1946, he went onto build a fashion empire worth $807 million. A designer to the stars, Gianni Versace’s outrageous propensity for chic glamour attracted names such as Elton John, George Michael, Madonna, Courtney Love, Jon Bon Jovi, the Artist (formerly known as Prince), Tina Turner, Sylvester Stallone, Will Smith, Elizabeth Hurley (who famously wore his safety pin dress to the Oscars) and, most notably, Princess Diana. The Gianni Versace style was, like all true style, indefinable; a mad mixture of avant garde and ostentatious extremes — the man was a fashion genius and a great loss to his industry.

Donatella Versace, Gianni’s younger sister, had the unenviable task of taking over the reigns of Versace and undoubtedly many people were anticipating the demise of the brand without its founder to lead the way. Donatella, it was said, could never live up to the immense reputation of her legendary brother. Well, it’s been virtually ten years since the untimely passing of Gianni Versace and the Versace Brand is still a major force to be reckoned with and much of that success is due directly to Donatella’s vision and incredible design sense. Donatella has surpassed all expectations and not only stabilized the Versace Brand but taken it on to new heights that would surely make her brother proud.

Donatella Versace has proven herself to be an incredible fashion designer in her own right and deserves to be afforded as much respect and adulation as her greatly missed brother!