The question was asked on the Kitmeout forum:

Take a butchers at the full thread here – see more

To my mind Vivienne Westwood doesn’t have a problem in the menswear market. Viv’s connection to the Sex Pistols will always ensure her brand has a macho edge. I think her nigger problem is convincing punters of her ethical credentials which she’s being attempt to tout over the past few years. 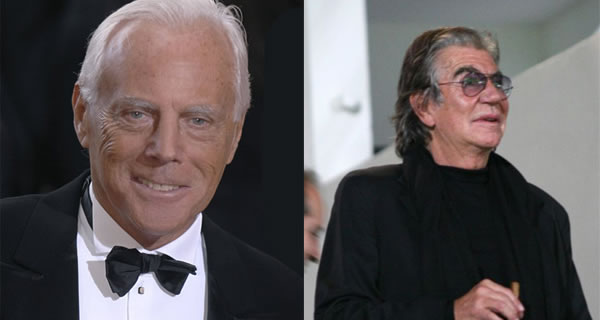 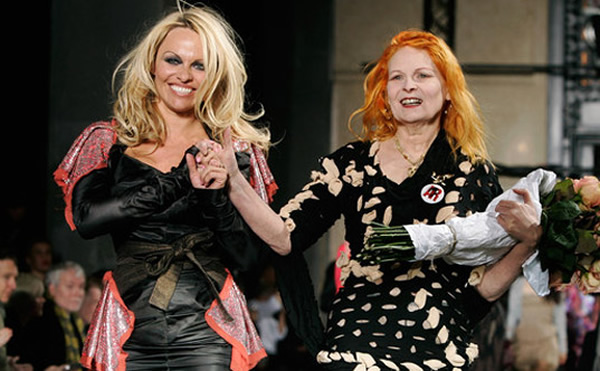 Vivienne Westwood predicts humanity is heading for the gas chamber.

Her extreme viewpoints on human rights, the financial crisis and the environment ended up being the focus of a Guardian profile from this weekend. She’s even reluctant to encourage people to buy her clothes. 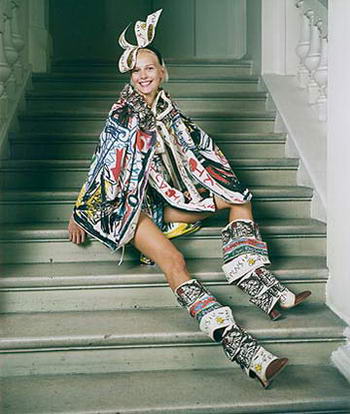 On the inevitability of human extinction:

I will say something that sounds terrible. We’re all going into the gas chamber, and what I’m saying is that it’s not a bathroom. We’re going to be killed. The human race faces mass extinction.

On the contradiction between selling expensive clothes while fighting to save the planet from the harm that consumerism is supposedly doing to it:

‘My message is: choose well and buy less,’ she said then – as if to suggest you should buy one Westwood dress rather than filling Primark trolleys regularly.

‘I don’t feel comfortable defending my clothes. For 15 years I hated fashion.’ Why? ‘It’s not very intellectual, and I wanted to read, not make fashion. It was something I was good at; it wasn’t all of me.’

Dame Vivienne said she donated the money after learning that only a tiny amount of the $6.5 billion (£4.2 billion) committed to the World Bank’s Climate Investments Funds (CIF) has been spent.

Dame Vivienne has pledged the cash to the charity Cool Earth, which is trying to raise £7 million to prevent logging in the rainforests of Borneo, the Congo Basin and Peru. 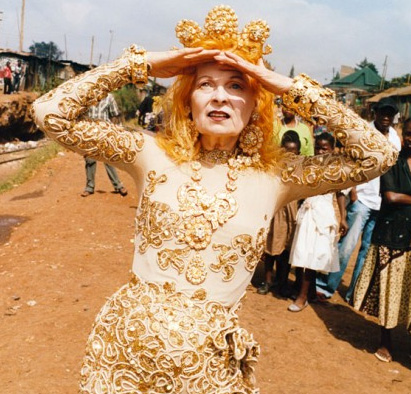 Here we take a butchers at one of Kitmeout’s favourite fashion brands:

“I have always loved the Mao cap, though I hate violent revolution.” remarks Dame Vivienne Westwood, who cites China as the key inspiration behind her Spring/Summer 2012 Gold Label collection at Paris Fashion Week. “I hope their traditional wisdom and experience from a culture going back to Confucius may help us to save the planet,” she added. 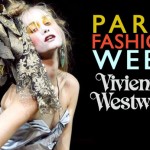 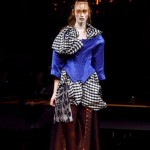 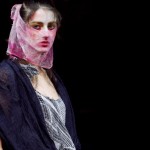 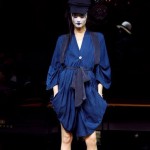 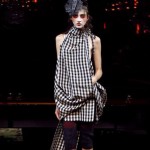 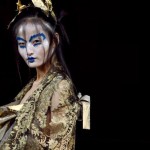 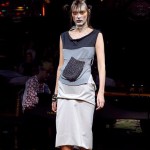 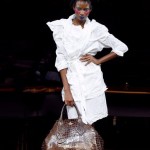 BEHIND THE SCENES AT VIVIENNE WESTWOOD GOLD LABEL
Spring/Summer 2012

THE COLLECTION has 3 main influences : China, because I hope their traditional wisdom and experience from a culture going back to Confucius may help us to save the planet; the desert because of climate change; and 17th century corsets.

When I was in Nairobi I met Mr. Xijia Wang who is working there with the United Nations. Our conversation left me with the wish to sum up my ideas. The result is the World Family Tree which you will see printed on Tshirts and bags. Mr. Wang wrote my name and the words “Green economy” in his calligraphy and I incorporated this in a print taken from Chinese flower painting.

There is a blow-up oversize jacket called the Mao jacket and I have always loved the Mao cap, though I hate violent revolution. Perhaps our love of uniforms comes from a wish to look alike, be part of a group – and maybe a group not happy with the status quo.

The desert inspired me to look at the Berbers with their burnous and the Tuaregs with their layers and their sunlight blue. There is a lot of black, indigo and copper fabric plus whites. Dresses are long.

Something I always do is mix up historical dress with ethnic clothes and new shapes or it could be a torn scrap of dress worn with court shoes and a chic handbag.

For some time I wanted to do oversize historical corsets. I thought I could give them a feeling of armour, worn as a jacket they would look touph – like a soldier or biker. The corsets we chose to oversize are from the England of Charles II; those beauties who, in their portraits dressed themselves in the sheets and satin covers pulled from the bed. 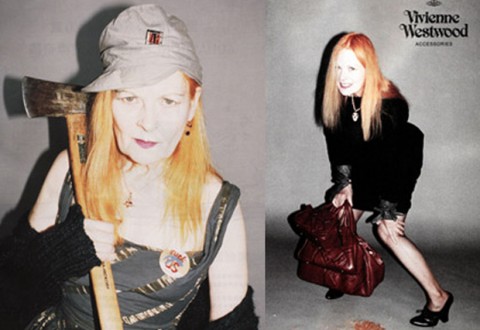 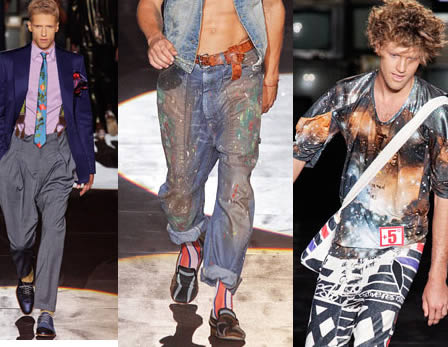 With denim at her centre, Dame Vivienne Westwood takes handy-man chic to a whole other level. The look is shamelessly rough and ready artisan ahoy! The shirts exhibit the same contrived randomness which makes the whole collection a shining paradox or pure Westwood which we’ve all come to love and admire. 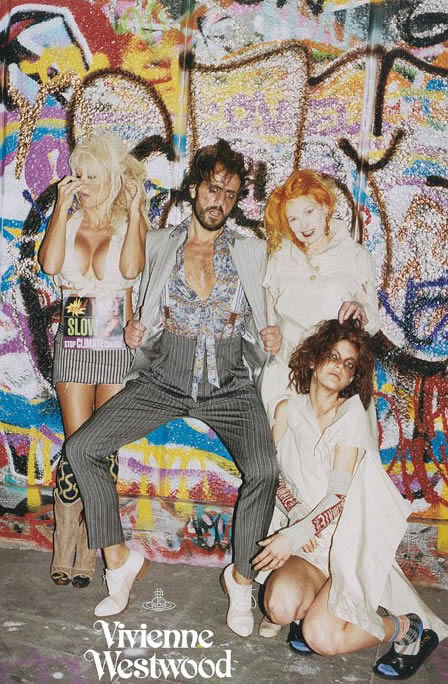 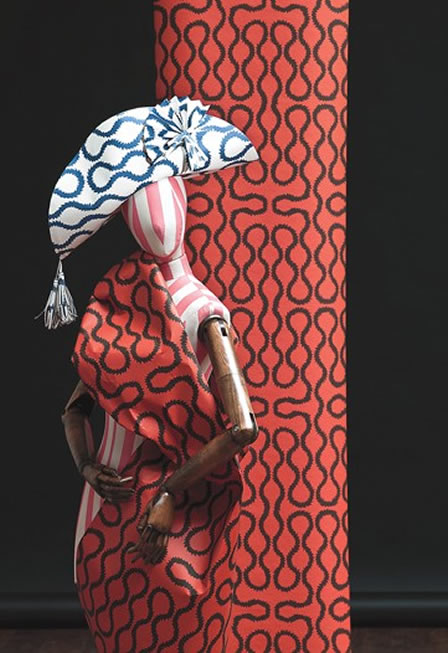 Vivienne Westwood is perhaps one of fashion’s most anti-establishment figures (how could the queen mother of the sex pistols not be), but that hasn’t stopped her from teaming with the posh British firm Cole & Son for a collection of wallpaper. The range, based on designs from past ready-to-wear collections, launched this month under the label Vivienne Westwood for Cole & Son. The wallpaper designs include Squiggle, which was taken from Westwood’s autumn 1981 Pirate collection, and Cut Out Lace, based on a fragment of antique lace taken from the spring 2007 I Am Expensiv collection. Prices range from 55 pounds, or $87, for a standard roll to 188 pounds, or $298, for a trompe l’oeil design that looks like a ruched tartan fabric. The collection will be available through Cole & Son’s U.S. stockists later this year. “This collection is a perfect opportunity to be able to work with a heritage company and to see my ideas from fashion translated into the world of interiors and wallpaper,” Westwood said. 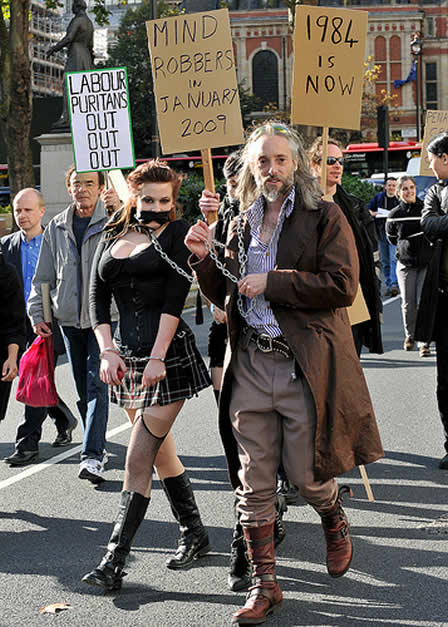 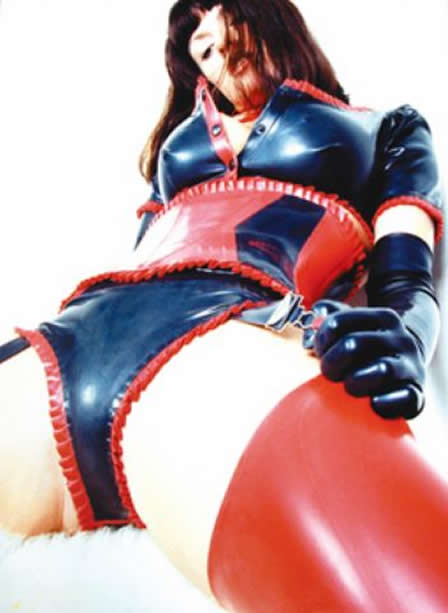 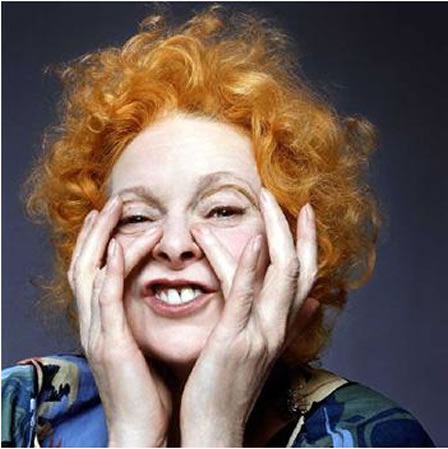 Mad Madge, whose latest single is in support of Barack Obama, isn’t the only one injecting politics in to pop music. Vivienne Westwood is tossing her hat into the ring too: “I’ve written a political song about the legalized, 42-day detention of suspected terrorists,” said the designer at the London launch of her compilation CD at Selfridges on Monday. “I never listen to the radio, but I had to recently to see who’s out there to sing it. I didn’t like any of them! So it looks like I’ll have to. I’m not a singer really, but I’ll do something.” Westwood’s CD “Catwalk Breakdown,” a selection of favorite tracks by everyone from Tchaikovsky, The New York Dolls and Luca Mainardi, is on sale this week in Selfridges’ in-house concept store the Wonder Room. Maybe she can get Johnny Rotten on backing vocals. 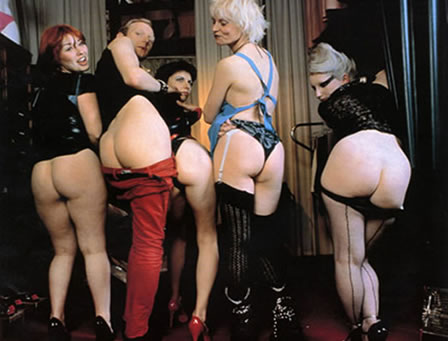 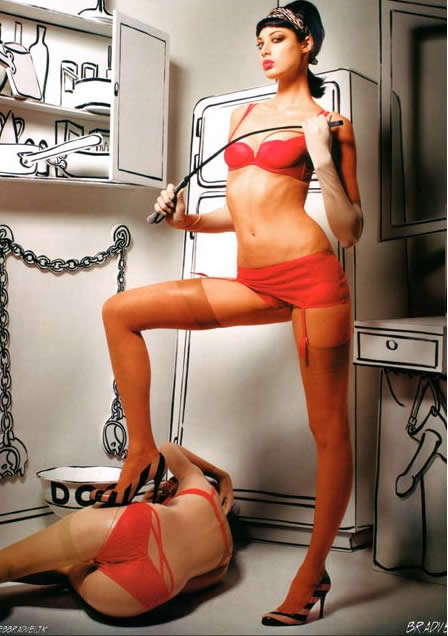