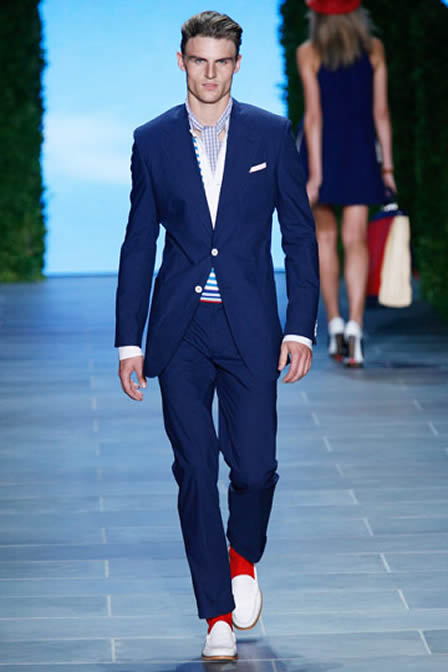 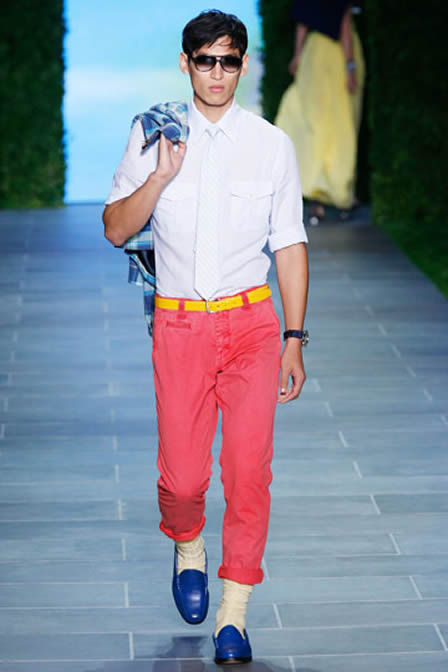 A classic American designer with strong ties to rock and rap music, Tommy Hilfiger started his retail career with a store called the People’s Place in his native Elmira, New York. It expanded to a chain of ten locations before going bankrupt. He then moved to New York City and launched his eponymous label to almost immediate media interest. He also gained the interest of the rap community, who took to wearing his clothes many sizes too large. Tommy reacted by designing them bigger and bolder and by sending trunks of clothes to his favorite rappers with record deals. Eventually he reined in the ghetto-fab duds in an effort to return to his preppy roots. 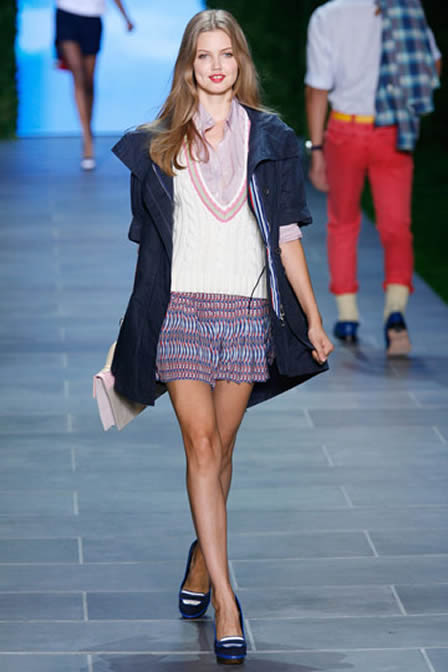