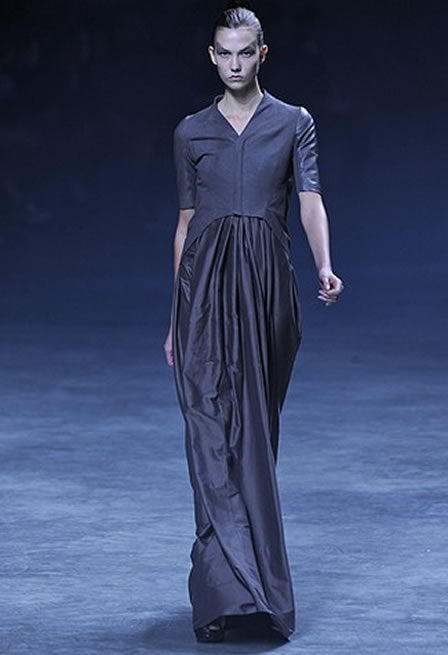 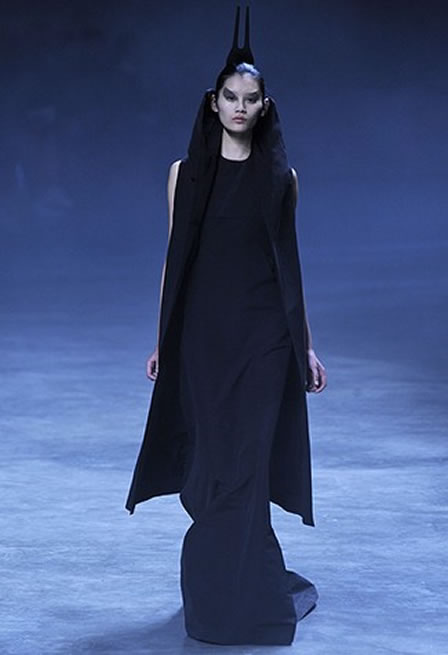 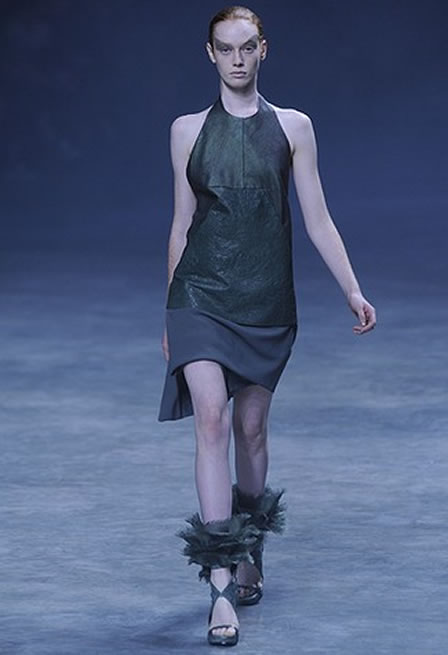 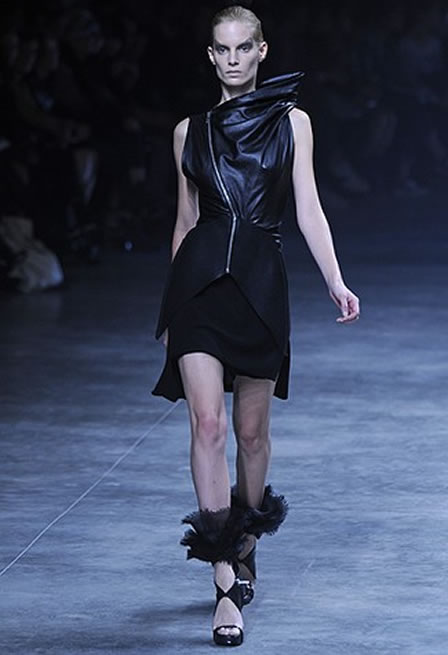 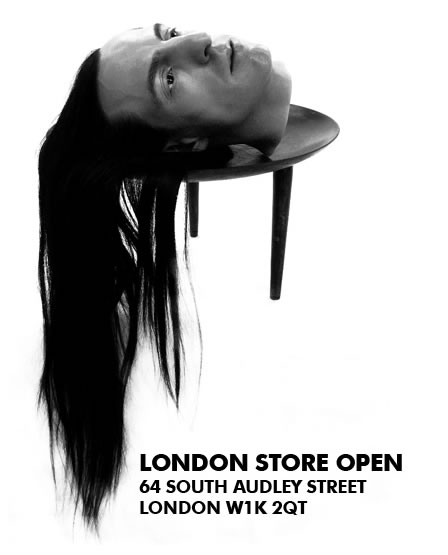 Rick Owens chose a former antiques shop in Mayfair for his London pitch. To spice things up Owens has added a life-size wax copy of his head between his gear. Incidentally, a selection of the mighty Gareth Pugh’s offerings are available in the shop too. About the wax head, Owens’ explained: “My little ode to Salomé”. The shop is definitely worth a butchers: 64 S. Audley St., London, 011-44-20-7493-7145.