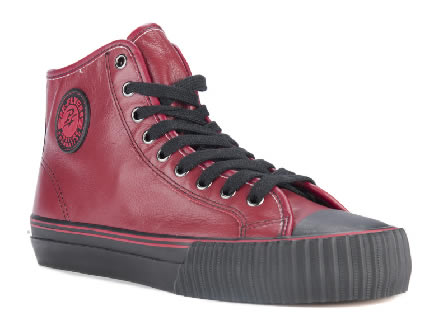 The Center Hi shoe brings old fashion kicks to the court. New styles for Holiday 2010 are available in black leather with red trim and dark red leather with black laces. 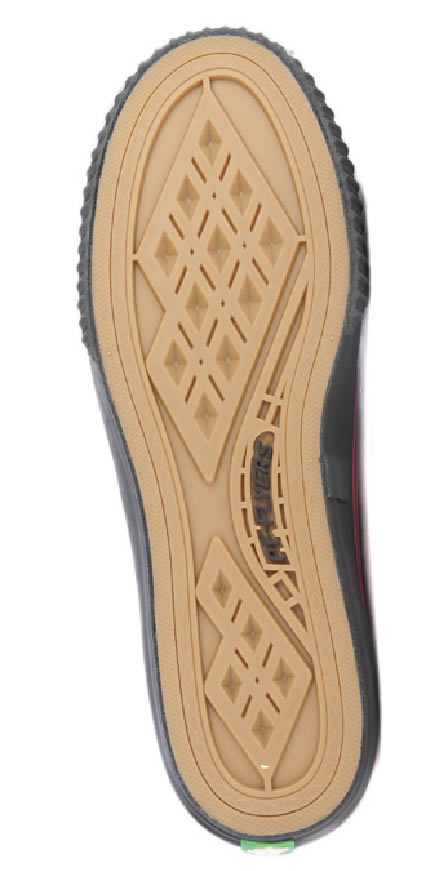 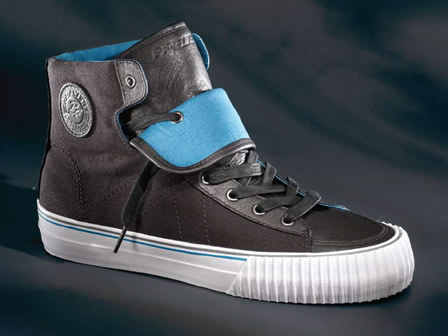 07.19.2010 – The classic PF Flyers Center Hi has evolved into the The PF Flyers Double Tongue which is a 1953 icon but with a 2010 styling. The high top sneaker has twin leather tongues that are pierced for laces and flip to reveal color. It also has full grain leather detailing from eyerow to toecap and a stitch detail of the PF Flyers heritage chevron on the side of the shoe.

The Double Tongue Hi is a part of PF Flyers Fall 2010 Flow Collection of accelerated classics. The sneakers in this collection are rich with the latest saturated tones and racing provocative counter-color. This collections is a glimpse of tomorrow’s sneaker hall-of-fame.

One of the original American sneaker brands, PF Flyers, based in Boston, MA, continues a long tradition of premium, timeless casual footwear. Designed for discerning modern lifestyles, PF features best-in-class materials from around the world and sophisticated use of color in authentic reissue and evolved silhouettes. For more than 70 years, P and F have stood for Posture Foundation, namesake dedication to comfort, tailored quality and innovative, classic style. 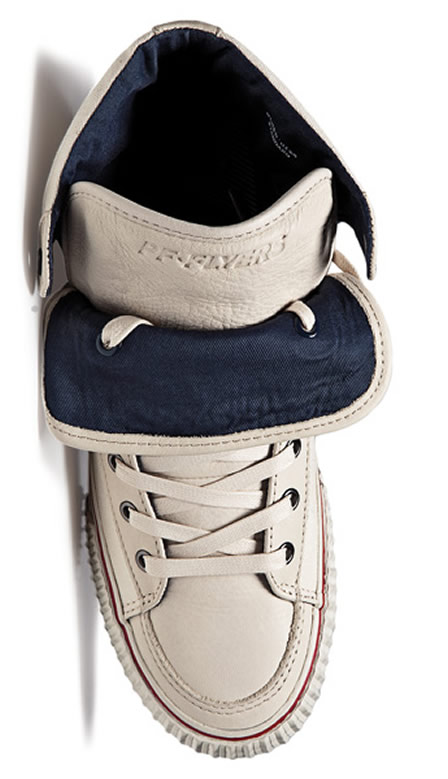 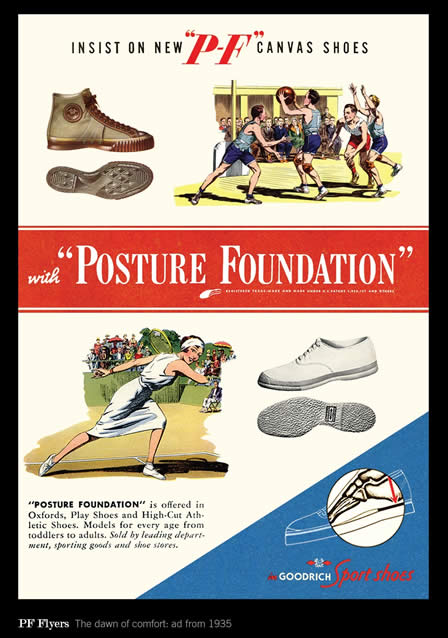 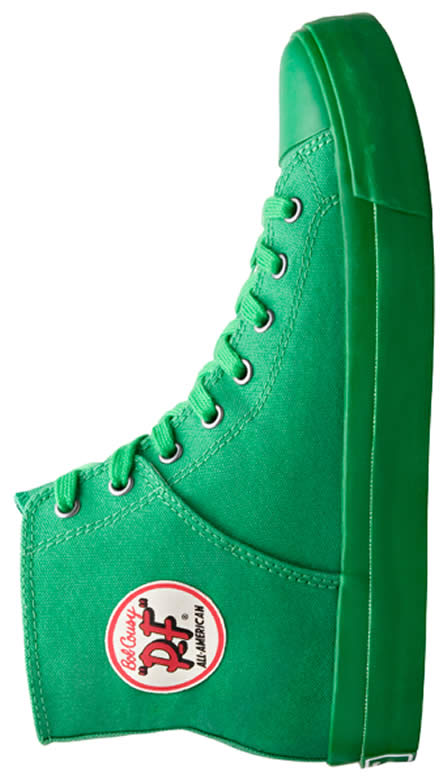 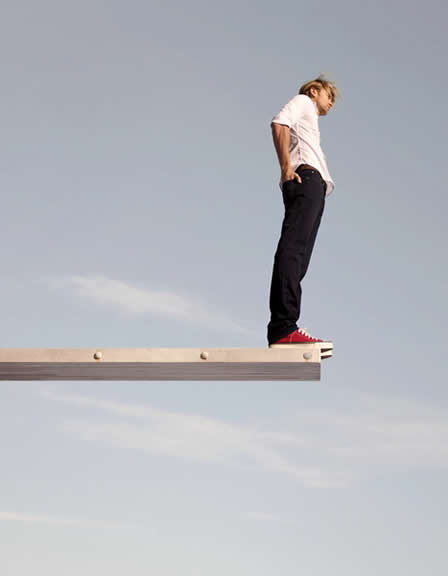 For summer 2010, PF Flyers is reaching back into its heritage by making the old into new. PF bridges the classic sport shoe with modern fashion. PF Flyers continues to set the standard in timeless luxury sneakers. The PF Flyers Bob Cousy Lo is an easy to wear, lightweight sneaker perfect for upcoming summer activities!

The PF Flyers Bob Cousy Lo is a rare basketball low top, which was worn by the sport’s first superstar, Bob Cousy. It has a one-of-a-kind Gullwing Closure and model-specific logo markings as well as a Posture Foundation insole.

Forward fashion and classic sport intersect throughout the spring collection. A seven-decade tradition of sport and leisure come to life with the punch of pennant colors for spring. 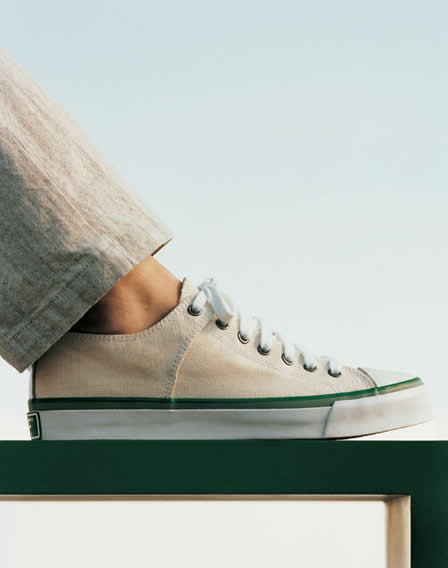 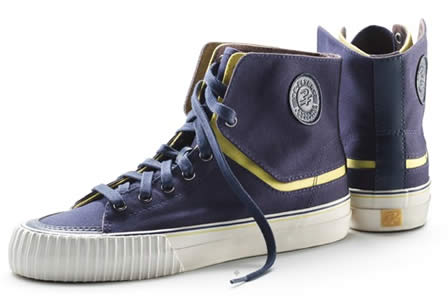 New for spring 2010, the everlasting modernism of PF Flyers’ 1953 Center Hi finds a new way of expression in the innovative Box Cut Center Hi. With a unique contrast-layered upper, which can be worn up or folded down, the angular reveal creates a pop of color to the basic background of the shoe. When the Hi top is worn up, the layered ankle panels reveal an angular pennant of color. Fold down the top layer of panels for fresh two-tone styling and lacing possibilities. 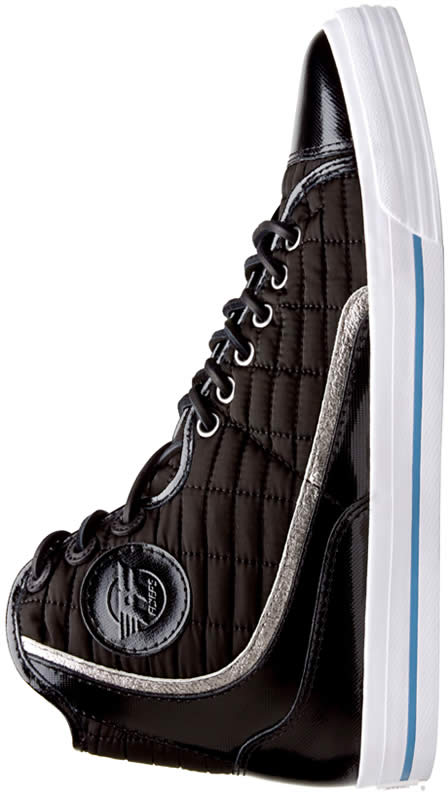 PF Flyers has updated your favorite styles just in time for the holiday season! The Holiday Glide features a quilted textile material, making the shoe a unique addition to any winter wardrobe. 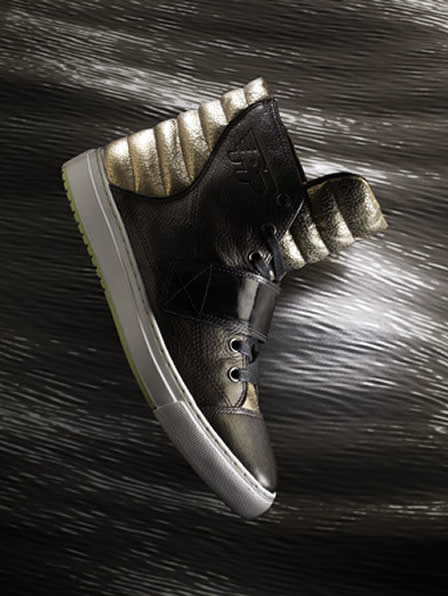 New for fall 2009, the Astor fuses fashion-forward thinking with classic sport lifestyle shoes, elevating the combined perspective of fashion and sport. Built on a minimalist couture court sole, the Astor boasts a fully ribbed upper and tongue with a leatherhook-and-loop closure. 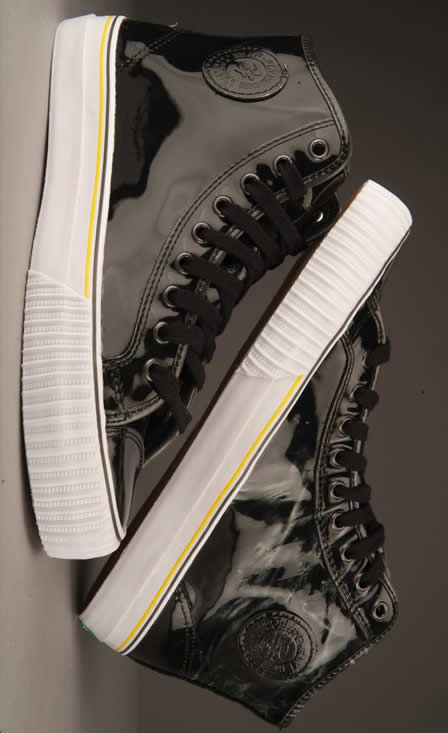 PF Flyers has found recent success with many of its classic styles which tap into the sneaker brand’s American heritage roots. Several new timeless “reissue” sporting styles have been selected for early release at Saks including the PF Flyers Vantage, Sumfun (tennis), SportShu (baseball), and a new iteration of the Bob Cousy All-American Low Top (basketball). Additionally, the brand’s latest modern offerings, a color revealing patent leather Center Hi and a metal mesh Glide Hi Top will be unveiled in limited quantities. 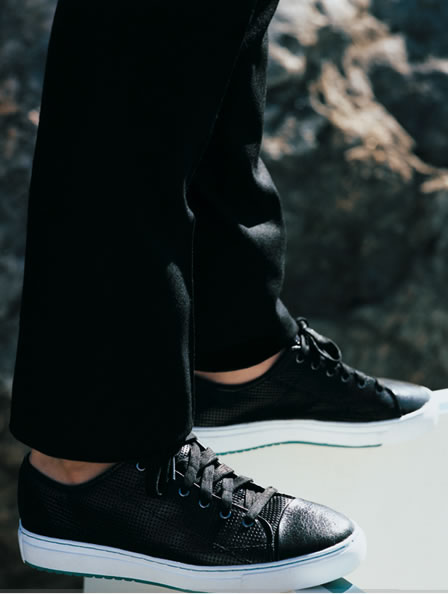 This “court couture” style is a favorite in a 70-year PF Flyers tradition of creating styles that merge fashion with a classic sports shoe. The clean-lined, low-top court silhouette of the Albin unites the shape of a dress shoe and the wearability and comfort of a sneaker. This style features welt-stitch joining of the upper and outsole, luxury linings as well as Abzorb®, the latest Posture Foundation insole for state-of –the-art comfort.

Created from a combination of fine, cultured materials, detailed craftsmanship and exceptional comfort, the Albin demonstrates PF Flyers’ reclassification of the sneaker, shattering the distinction between dress and casual. 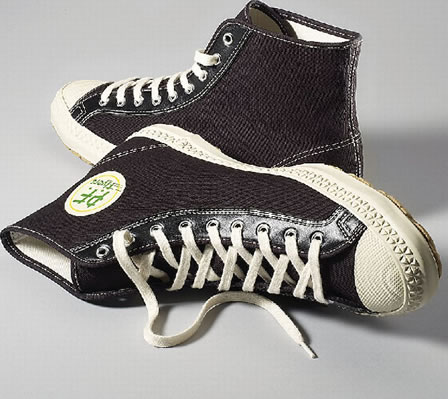 Designed and manufactured in Japan, the Sport Shu is a modern reissue of a PF Flyers classic first introduced in the 1940s. The shoe, available in original black and natural colorways only, features contrast stitching detail, unique rubber-patterned foxing, original PF logo and leather patching on the eyerow.

Only 1000 pairs of the SportShu (500 black and 500 natural) are being sold in the US. If you are in the Southern California are, there is a launch event that Kitmeout readers are invited to happening at Conveyor in Santa Monica on Saturday, April 11th from 4 – 7 pm. Conveyor will have 25 total pairs at the event for consumer early access. There will be free food and drinks and a very cool art installation that should not be missed! 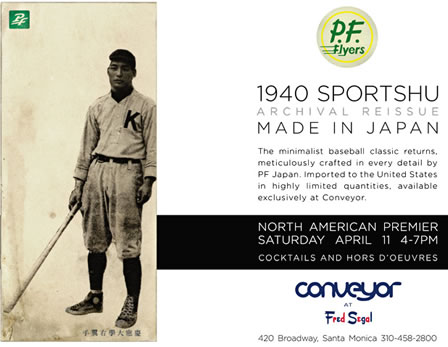